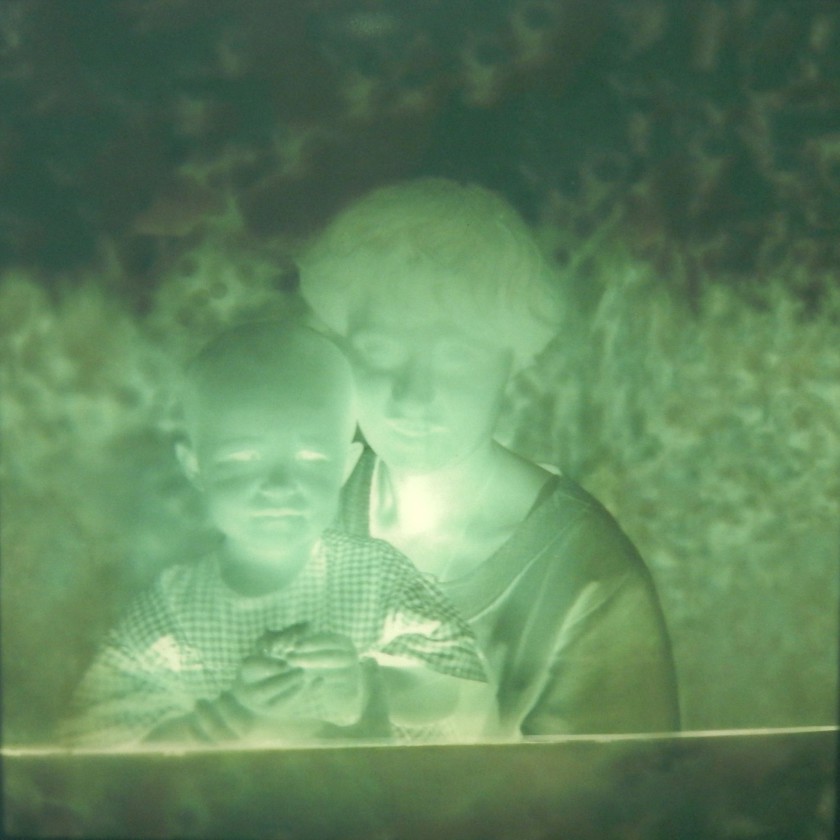 The artist’s creative work has a conceptual sense load skillfully combined with the artistic means, which makes it easy to feel the painter’s manner. The project presented on the two floors involves different techniques (from installations to painting and photography) but linked with the holistic idea, skilfully embodied in the artistic images.

“Catching time by touch I am interweaving three storylines:

1 – The glass negatives, the remains of a Kiev photo studio, long defunct. The story of the past remains entirely fictional for me, not associated with a particular feeling or memory. Found photographs belong to a common historical memory more than to “my” family album. Uncertainty, which I accept with gratitude, increases the feeling of temporal distance.

2 – The portraits, created by me in resonance with the negatives – there are the faces of people, acquaintances and my beloved friends, I am scrutinizing, having jumped over the distance in time sufficient for my reincarnation into a distant onlooker. The effect of scrapes, chips and gaps inherent in old images serve me as a statement of true “old age” of my finding, its remoteness in time.

3 – The space in which the action takes place, and which I need in order to capture an event in detail up to a feeling of height, a repercussion of an echo. Rialto market with its thousand-year range and richness, printed throughout by human steps and voices. It is theatrical and vociferous, – it’s like on stage there, I am placing “my” own history.

It begins and ends with Vaporetto, with a landing stage, which has met and seen off so many people that its own memory is similar to the time band where each, real in the past event, turns to its own reflection. “- Alina Maksymenko.