ART 14 GALLERY along with Kyiv History Museum and Institute of Contemporary Art presents the exhibition by Alexander Stakhov-Shuldyzhenko “London-Kyiv”, as well as Alla Zhmaylo’s works based on the monumental projects of the artist.

Alexander Shuldyzhenko (1922 – 1988) is a famous Ukrainian artist and art theorist. He was born in Kiev, art-graduated in London, where he got during the Second World War. His creative work, which had formed in England, remained misunderstood in Kiev, where he returned in 1954. On the one hand, according to his position among his colleagues, he was an underground representative of the 60-80s. On the other hand, his work differs significantly from artists of the sixties as based on real knowledge of the trends that prevailed in Western art and their further creative extension. According to the odd tradition, in the Soviet Union and Ukraine the postwar art of France and the US was known better, for which reason the only British art representative’s creative research remained ignored. A. Shuldyzhenko’s monumental art was more understandable, while his “English” graphic works were first exhibited only after his death, during the restructuring (“perestroika”). Even now the works by this great master, who was ahead of his time in many respects, are known only among a narrow circle of specialists. 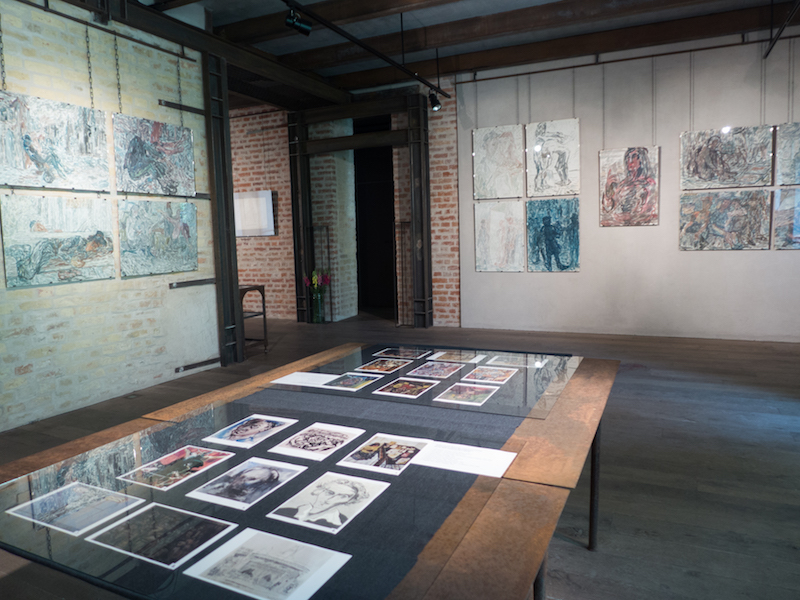 A. Shuldyzhenko worked incredibly hard; he created thousands of pictures, hundreds of sculptures made of paper, dozens of monumental works; he published two children’s books and wrote several theoretical works. His graphics is the most interesting, created in memory of his life. It is an autobiographical confessionary composition. The artist was interested in psychological processes of visual images recollection where he achieved impressive results: portraits made from memory are more vivid and richer than his drawings from nature. The paper sculpture was the technique, which A. Shuldyzhenko learned in England and which was not known in Ukraine. The artist generously shared all his knowledge, sketches, designs. His own monumental works were developed on the basis of paper modeling, which gave them a dynamic laconism and distinguished from most of his colleagues’ works, modeled of other materials.

“London-Kyiv” exhibition provides the first opportunity to get acquainted with the various displays of Shuldyzhenko’s creativity: monumental works, various graphic cycles, archival photographs. It became possible to demonstrate the original works by A. Shuldyzhenko due to the cooperation between ART 14 with the Museum of History of Kyiv and the museum staff help. The archival photos are courteously provided by A. Shuldyzhenko’s family. A. Shuldyzhenko’s creative work and biography research was made possible thanks to scientific research program by Institute of Contemporary Art of Art Academy of Ukraine.

The exhibition represents objects by Alla Zhmaylo made in 2016, which are based on the monumental sculpture and paper plastic art by O. Shuldyzhenko. Thus, A. Shuldyzhenko’s creative work continues to inspire colleagues and bring joy to the audience. 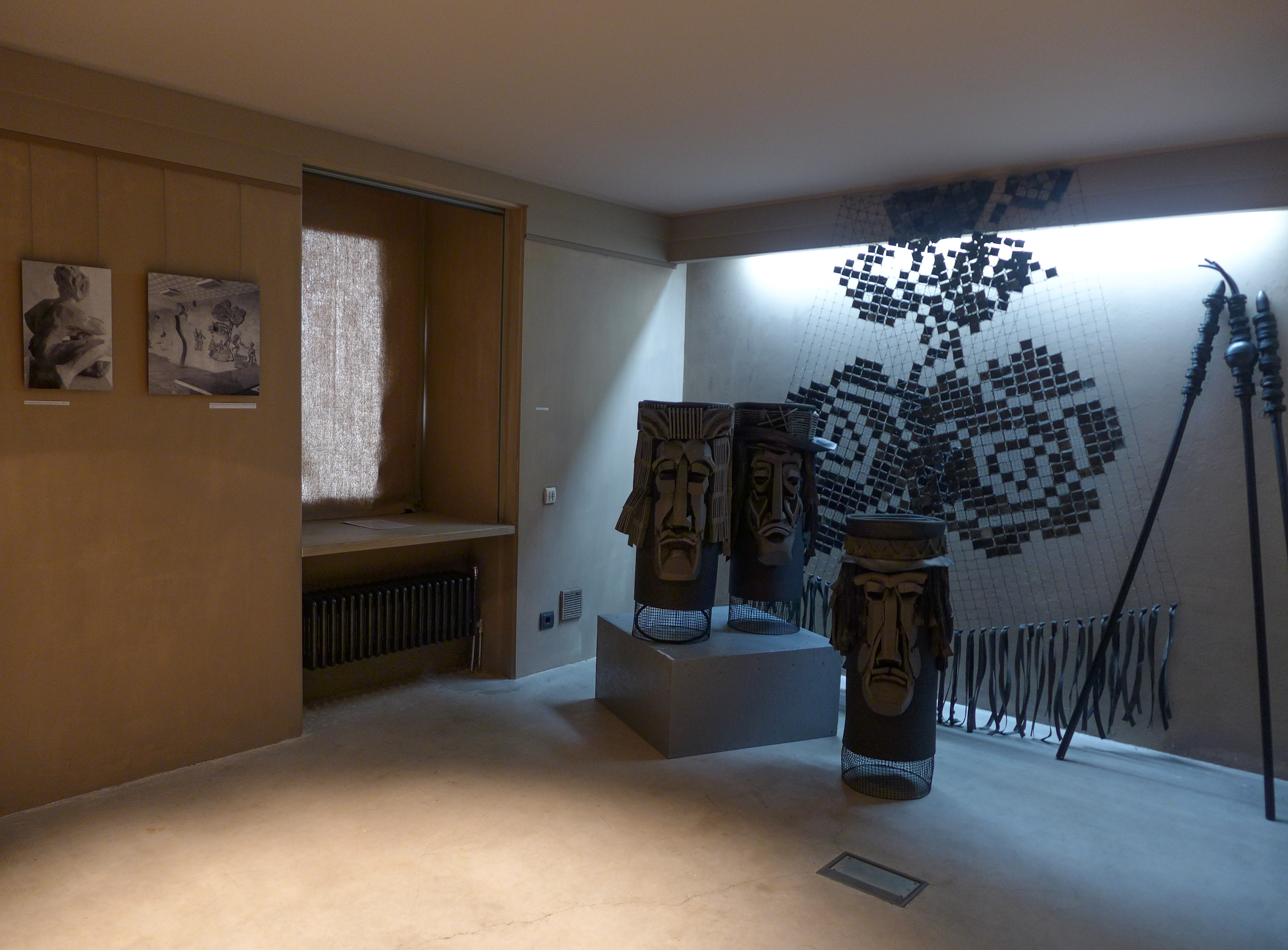 In 1941 he was graduated from the Art School in Kiev. In June, 1941 he was mobilized into the Red Army. In August, 1941 the artist got in the POW camp in Berdichev, then escaped to Kyiv, but was sent to forced labor for the Third Reich. From October, 1941 to August, 1944 the artist worked in the camps in Germany and Austria. In 1944 he fled to Italy, hiding in the Italian Alps. In October, 1945 Alexander Shuldyzhenko joined Władysław Anders’s Polish Corps that fought against Nazi Germany in Italy. At the end of 1947 the Corps was sent back to England and disbanded.

Since September 1947 he worked as a hired loader and laborer. In 1948 he was an assistant in J. Menbelson antique shop in London. In painting competition he was awarded a and granted a scholarship to study, so from September, 1949 to January, 1954 he studied at «Central School of Arts & Crafts» (London). For two years in parallel he studied philosophy at the University and participated in exhibitions.

In January, 1954 the artist repatriated to Kyiv. In the USSR, as a prisoner of war and returnees, he was under the constant surveillance of the authorities as he was never allowed to join the Union of Artists. Since 1954 he worked in the Kiev Union of Artists, since March, 1962 he designed the pavilions of Exhibition of Economic Achievements, the exhibitions held by Ministry of Education of Ukrainian Soviet Republic, as well as worked at “Ukrtelefilm” studio and Kyiv plant of monumental and decorative art.

While working in these organizations, A. Shuldyzhenko created many monumental works, designed plenty of show-windows and interiors. At the same time, in his studio he created thousands of graphic sheets, the main topics on which were his memories of London, portraits of the friends, as well as “Beach” and “Circus” series. The personal exhibitions were held after the artist’s death.

A. Shuldyzhenko published two books created for children with the carnival masks paper patterns (1958 and 1963). He presented his theoretical knowledge and views on art in the manuscript (1988), which was published only in 2015 at the Institute of Contemporary Art of Art Academy of Ukraine. 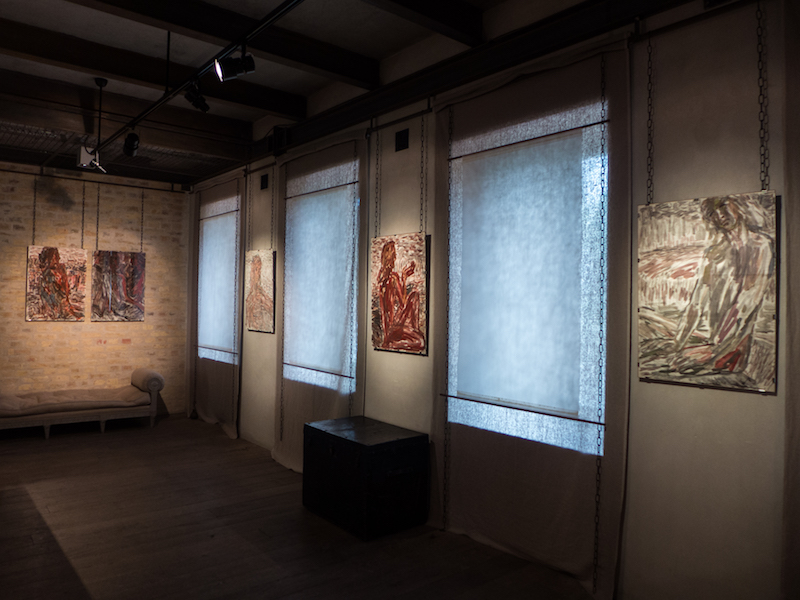 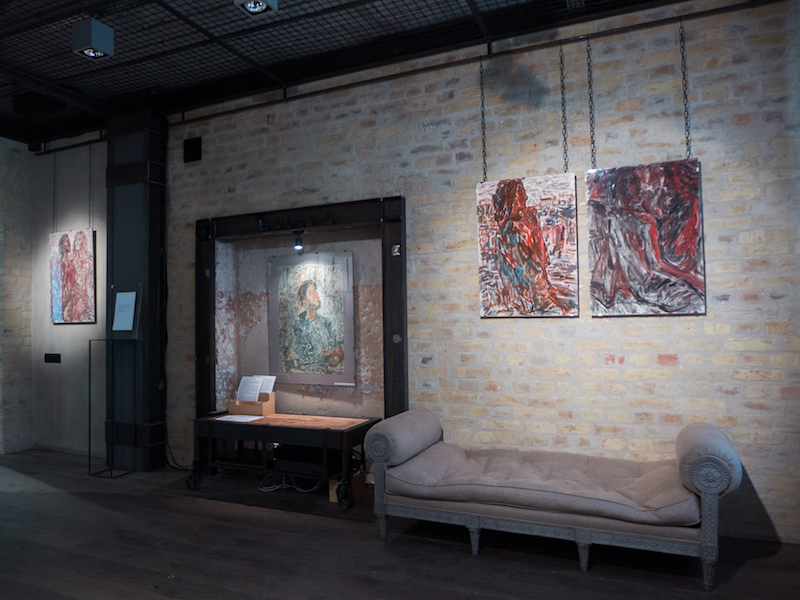 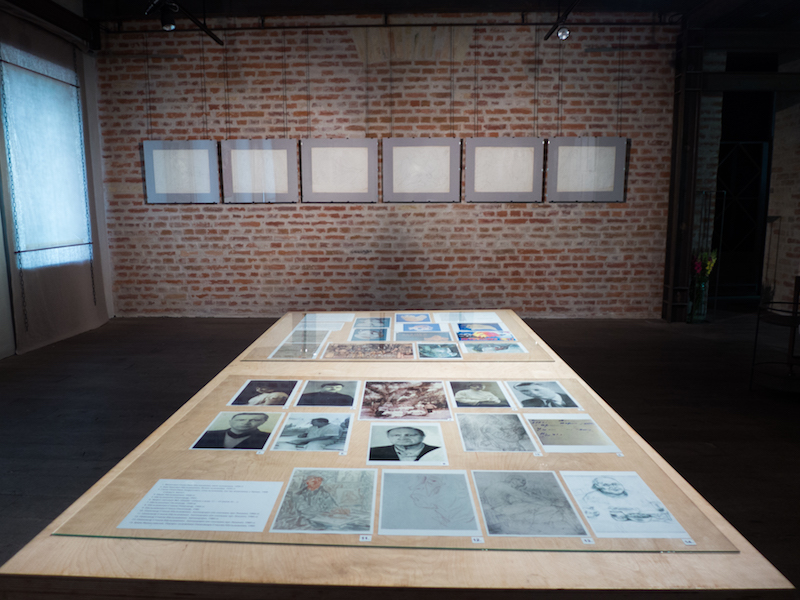 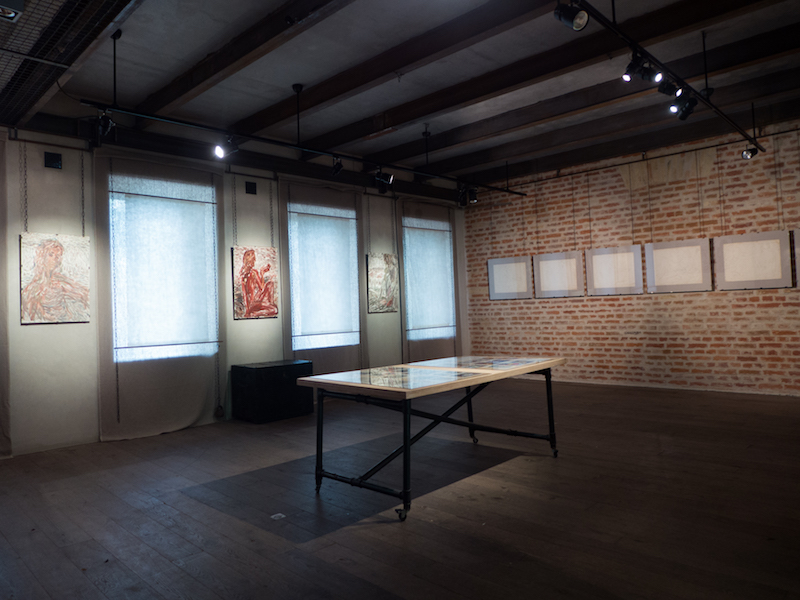 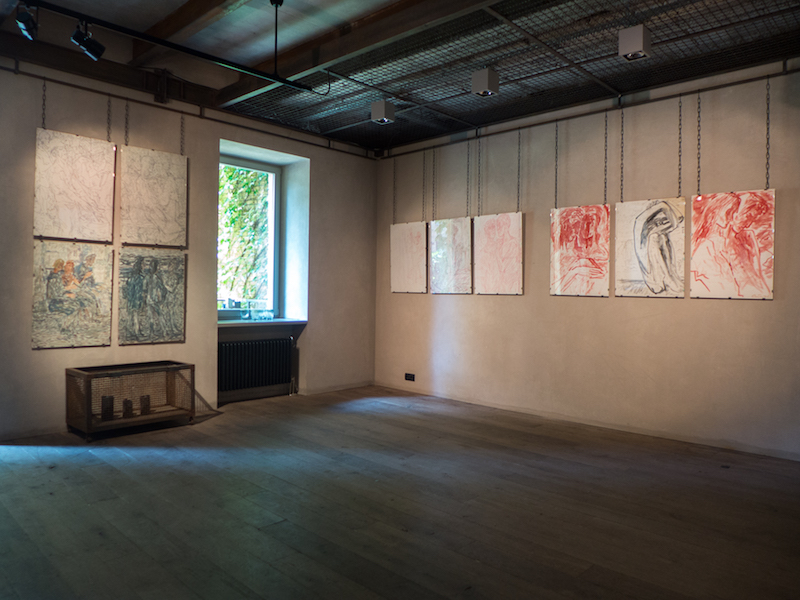 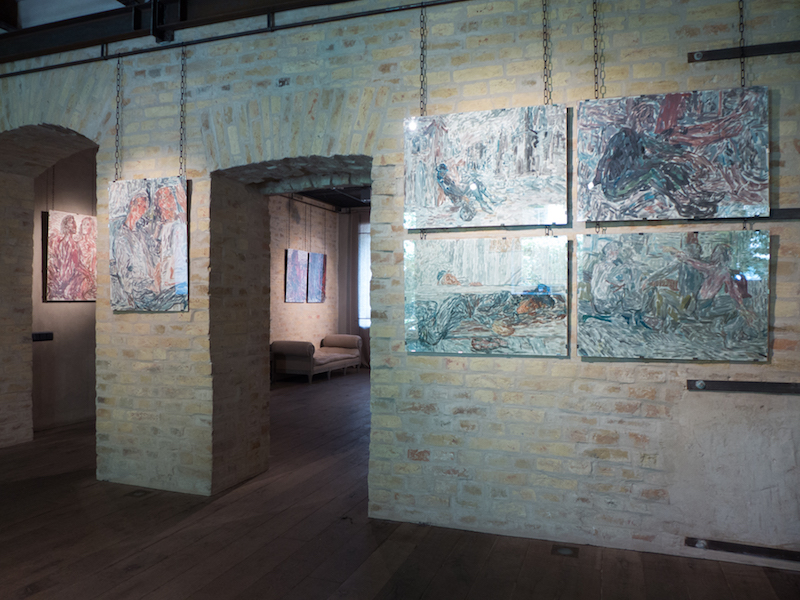 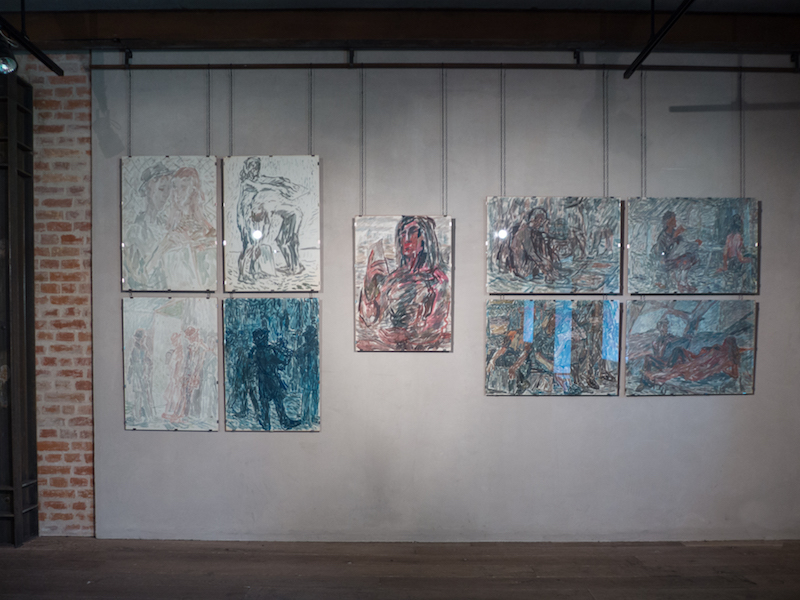 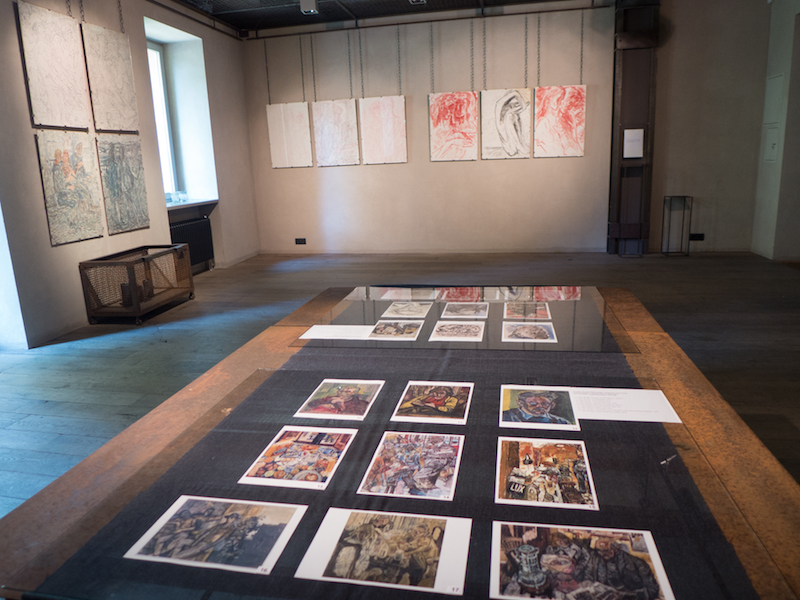 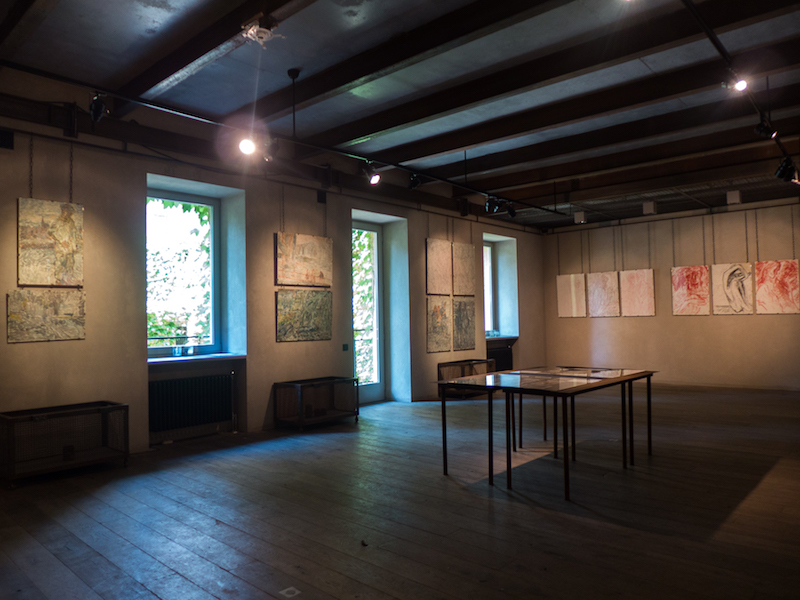 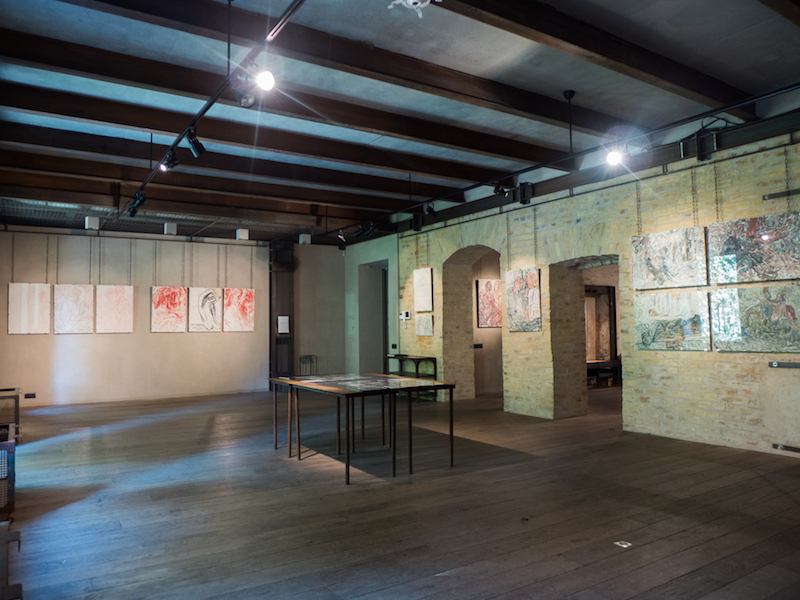 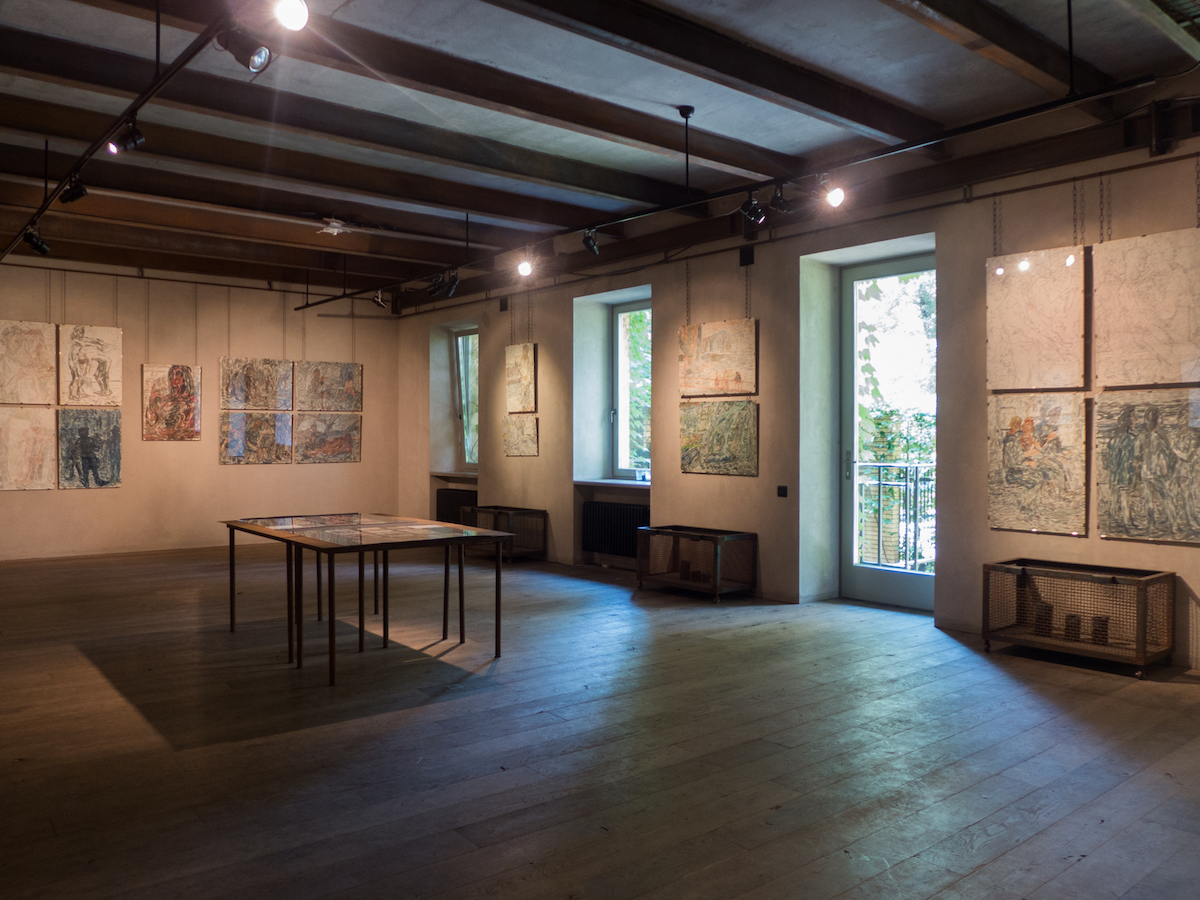 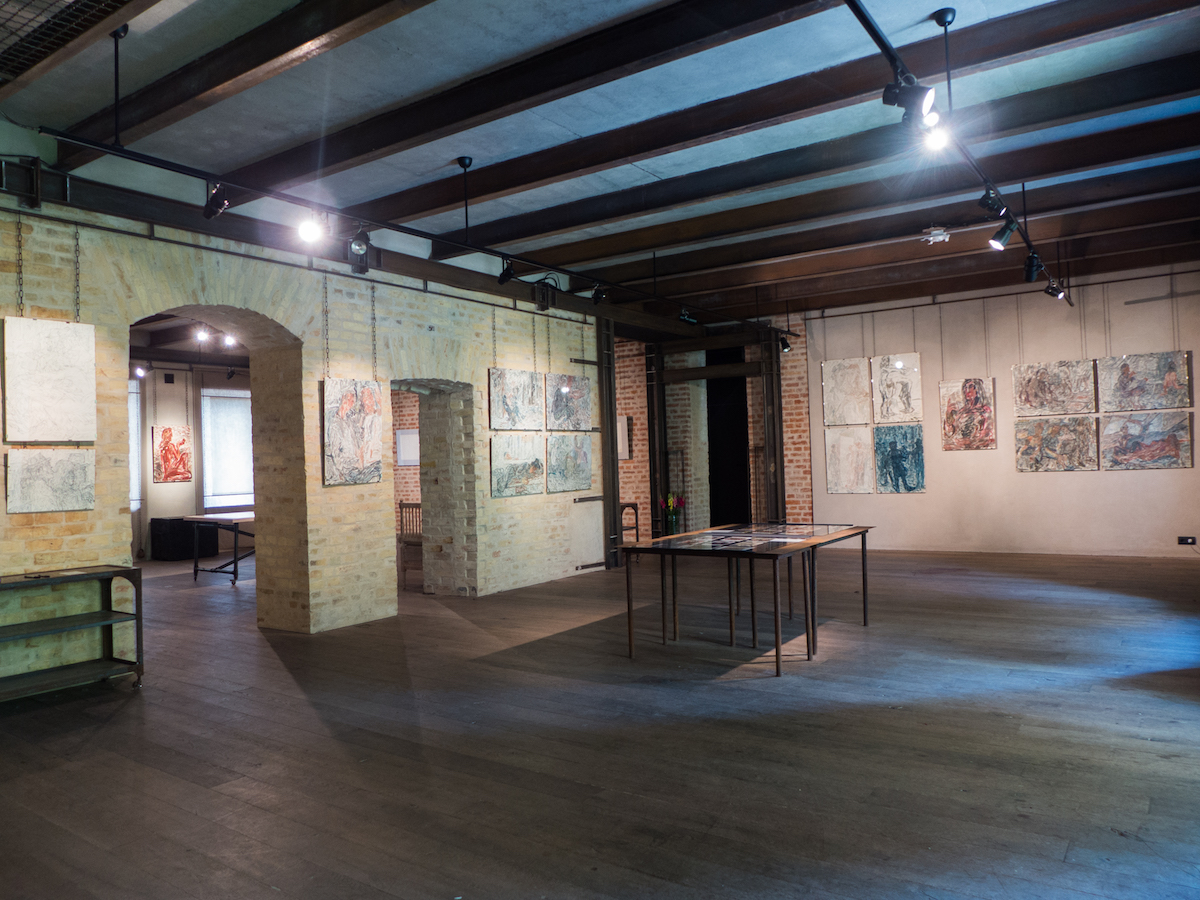 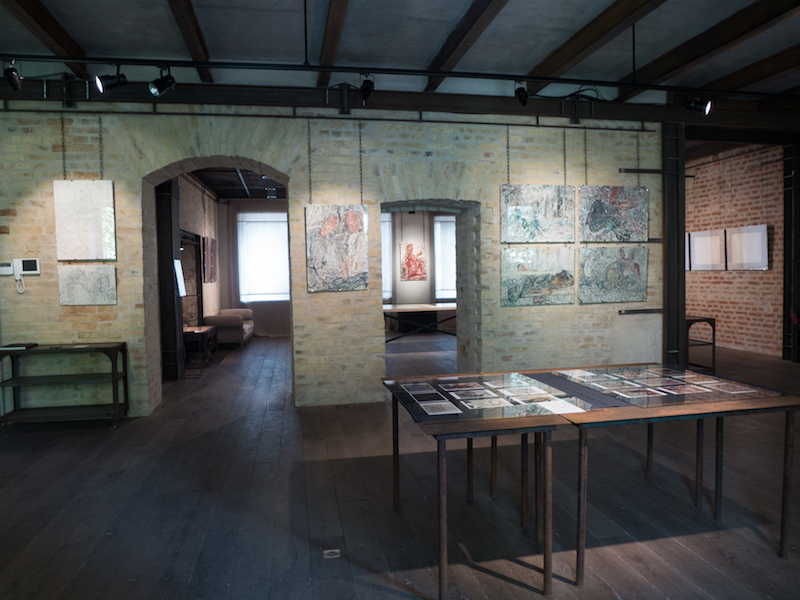 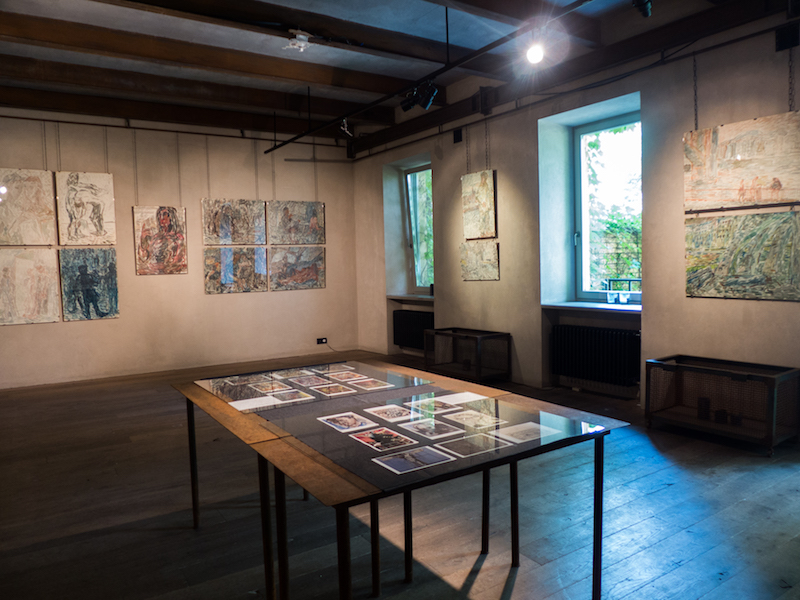 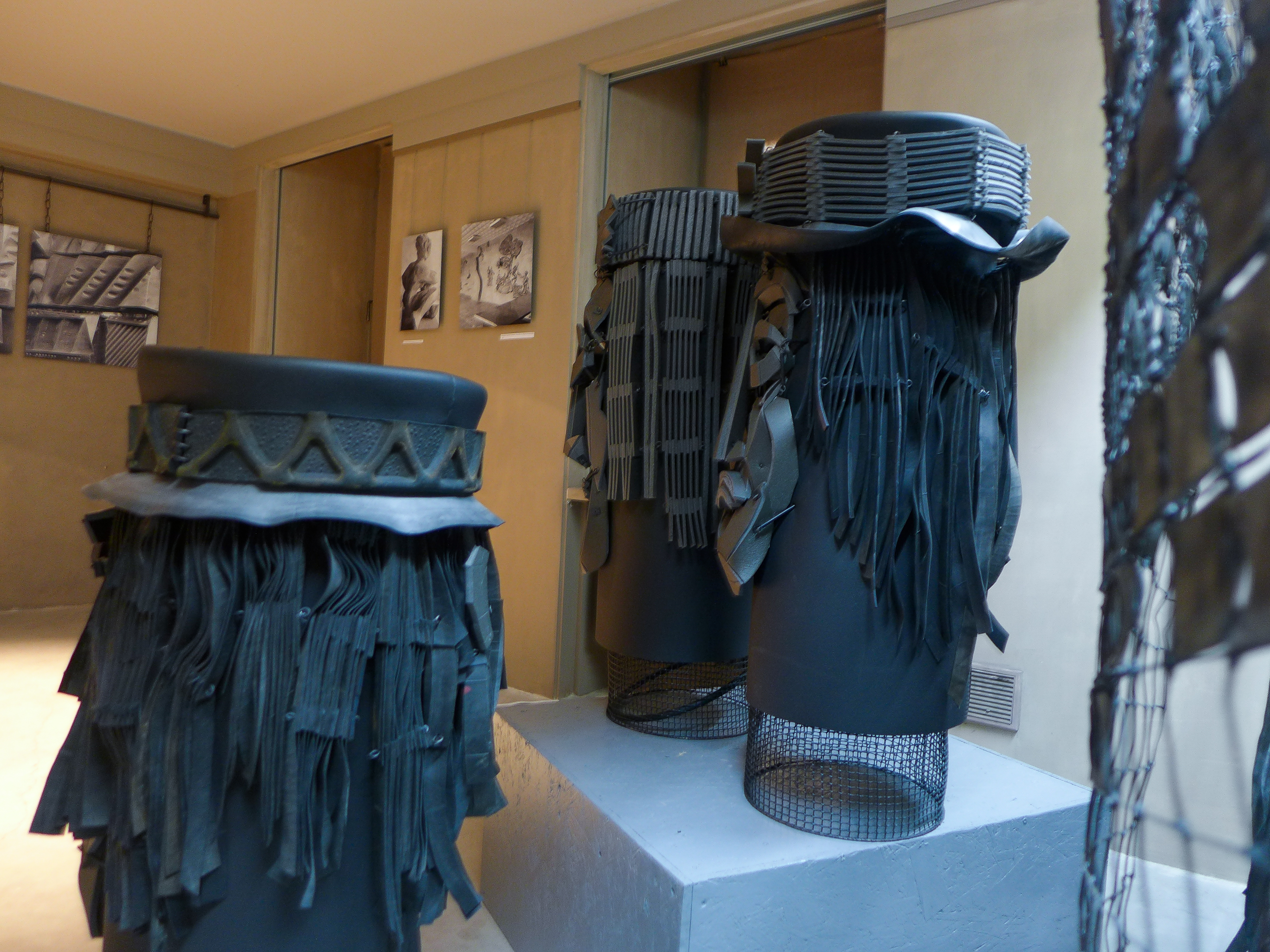 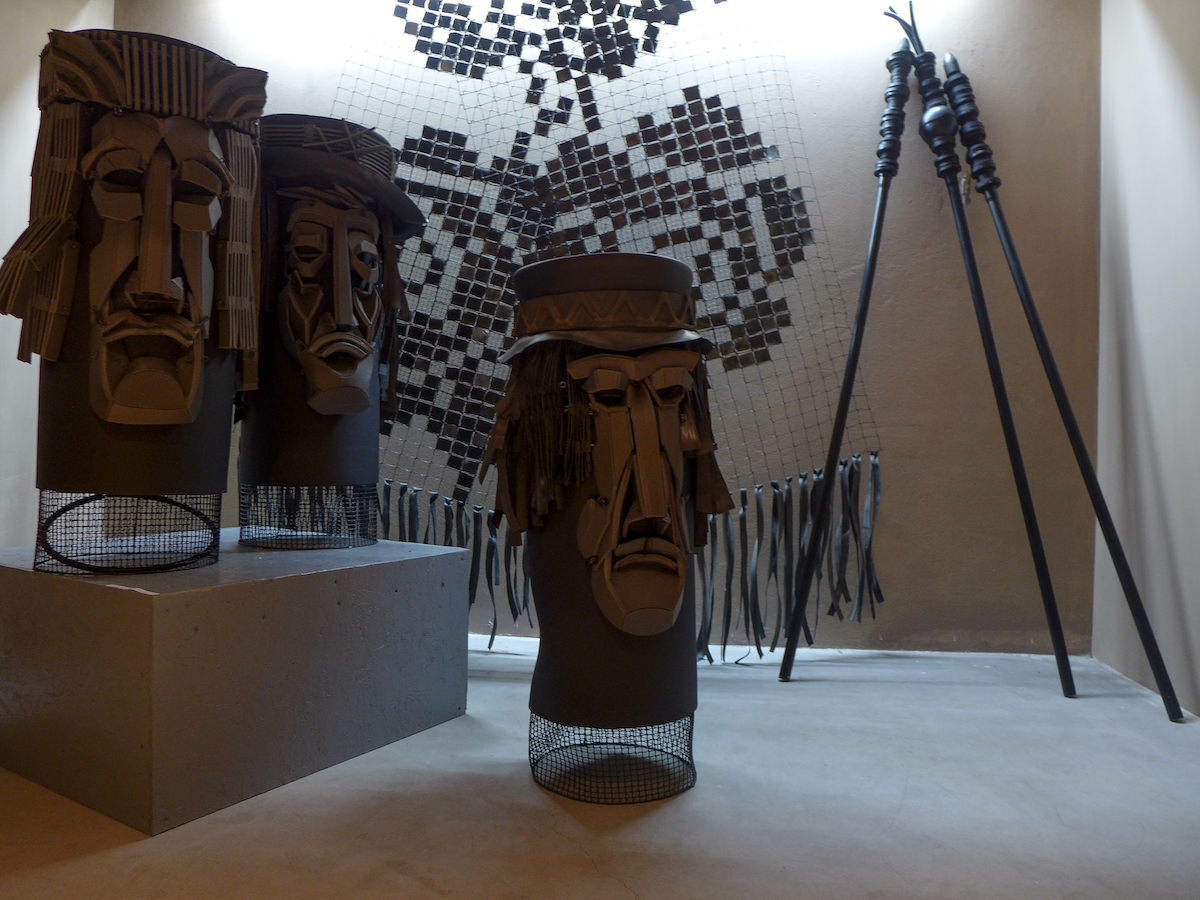 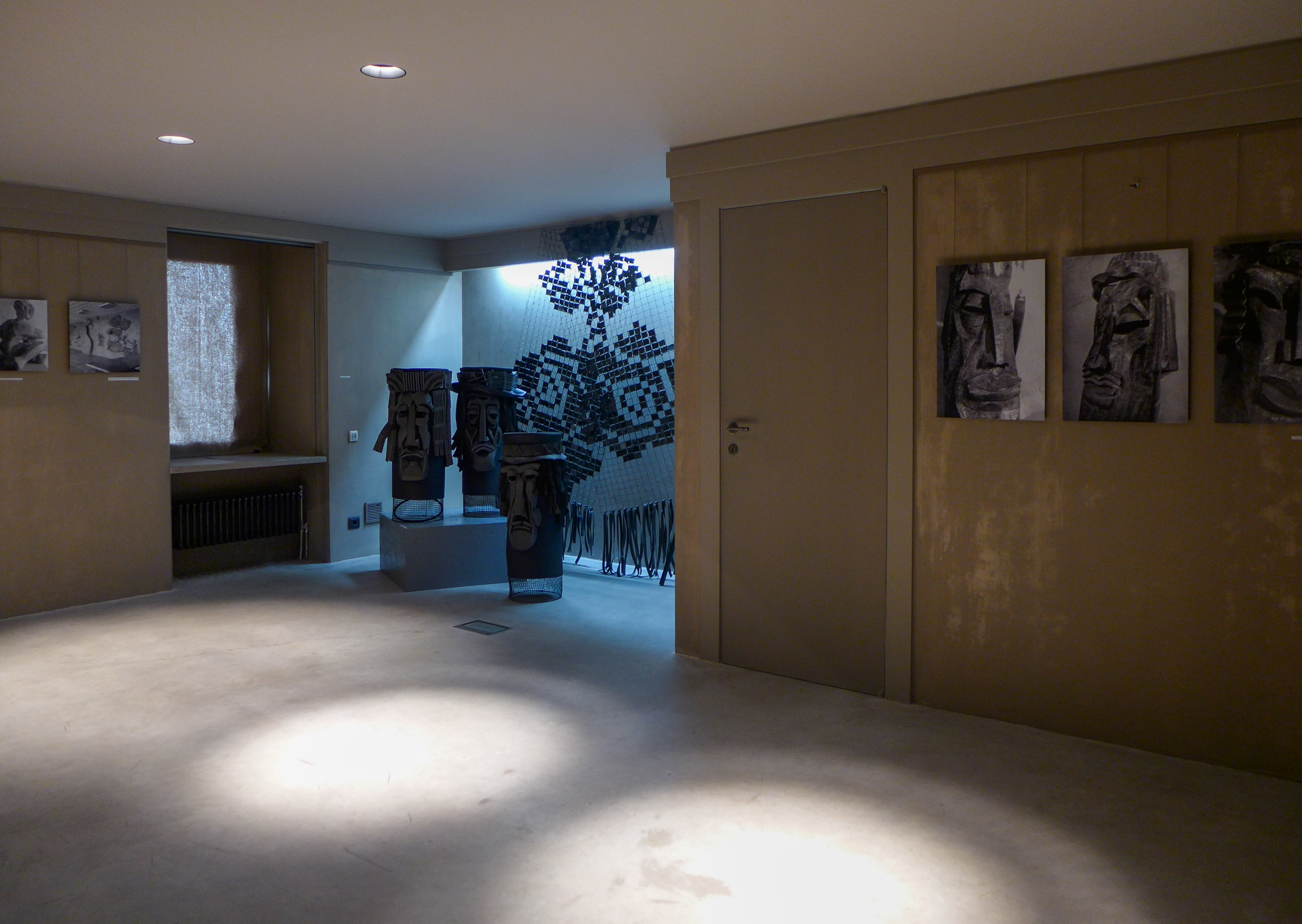