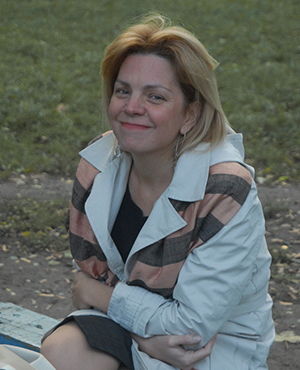 Education: Odesa college of theater and art, Odesa’ institute of building and construction, faculty of architecture. Worked as architect in architectural bureau “Variart”.

Was director of “Liberty”  gallery, 1993 – 2006. That time also was working as designer, more concretely, books designer, many of which were rewarded by various book’ contests and fairs.

From beginning of 2000s, has been working with art photography, and steadily photography became a main business.

Core series in Anna oeuvre are portraits of Odesa artists, genre and street photography, shot in Odesa, and others cities in the world.