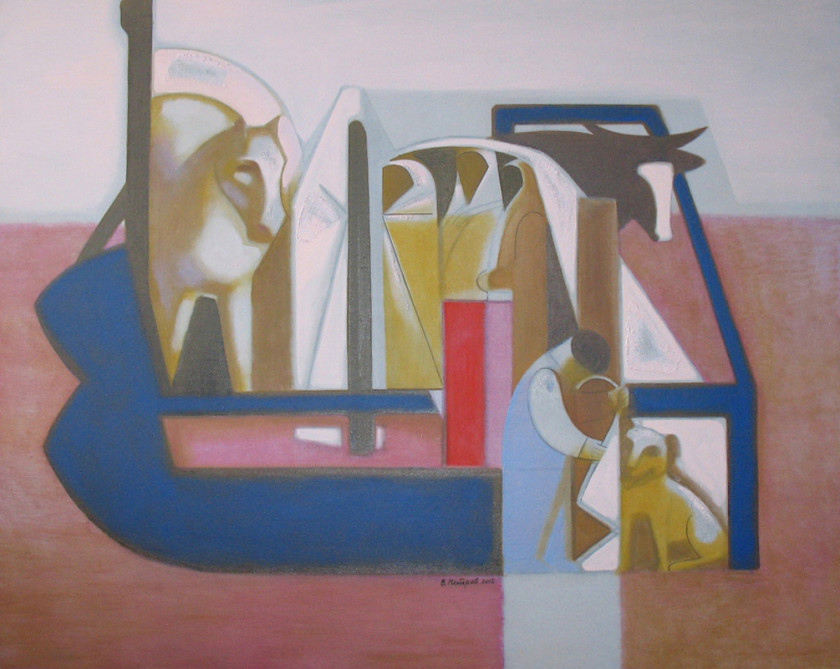 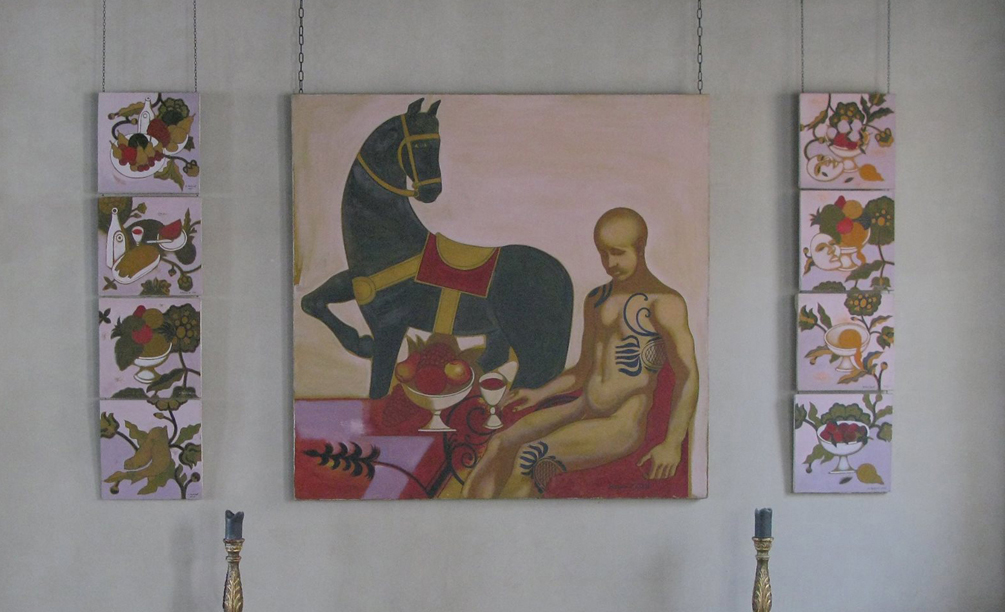 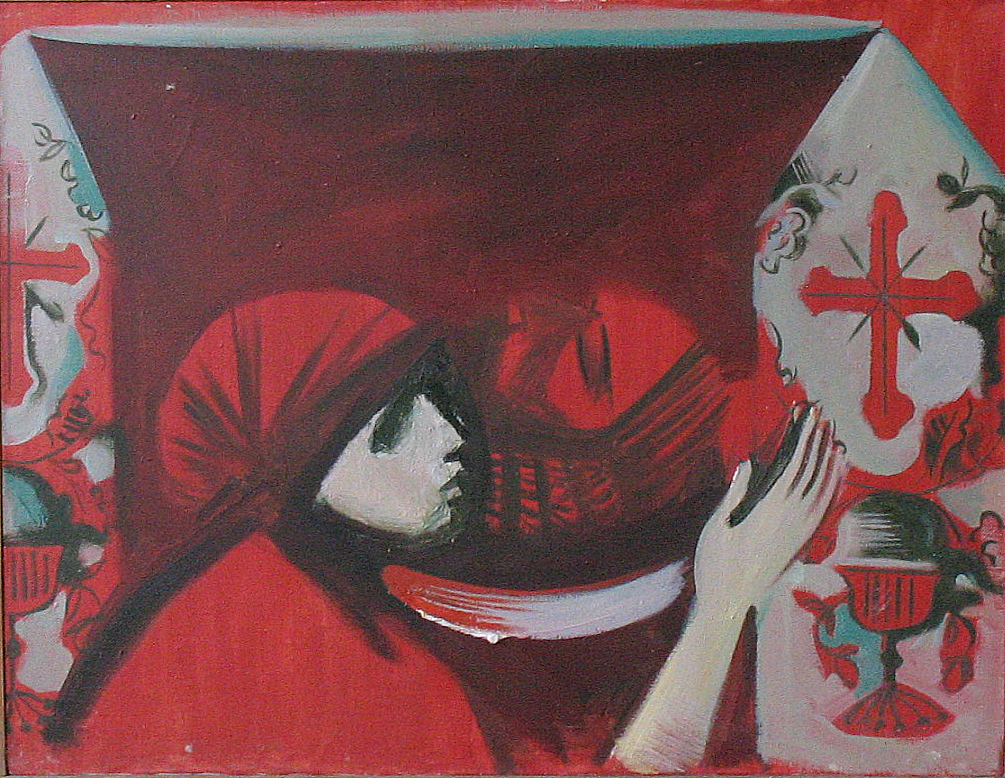 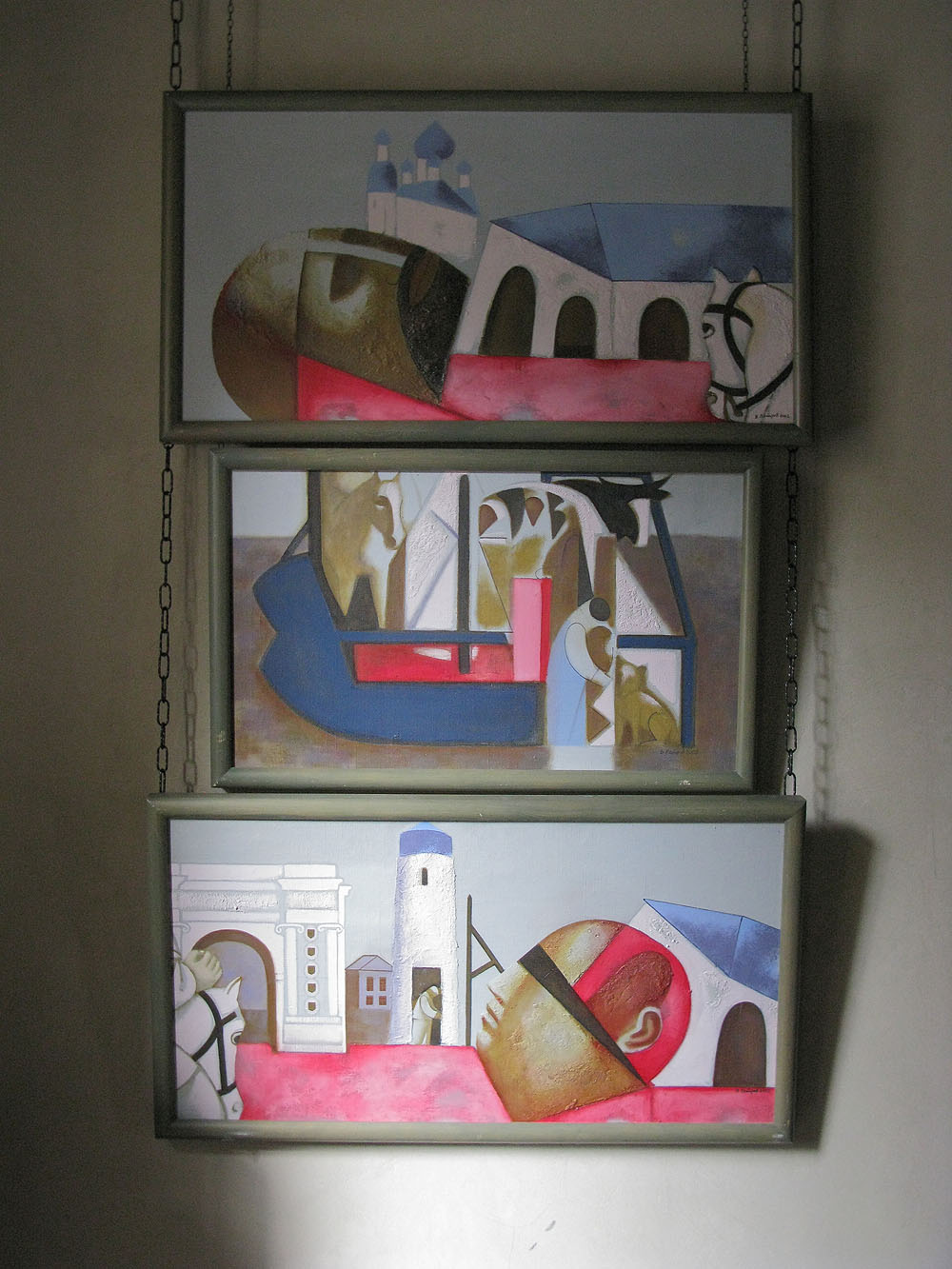 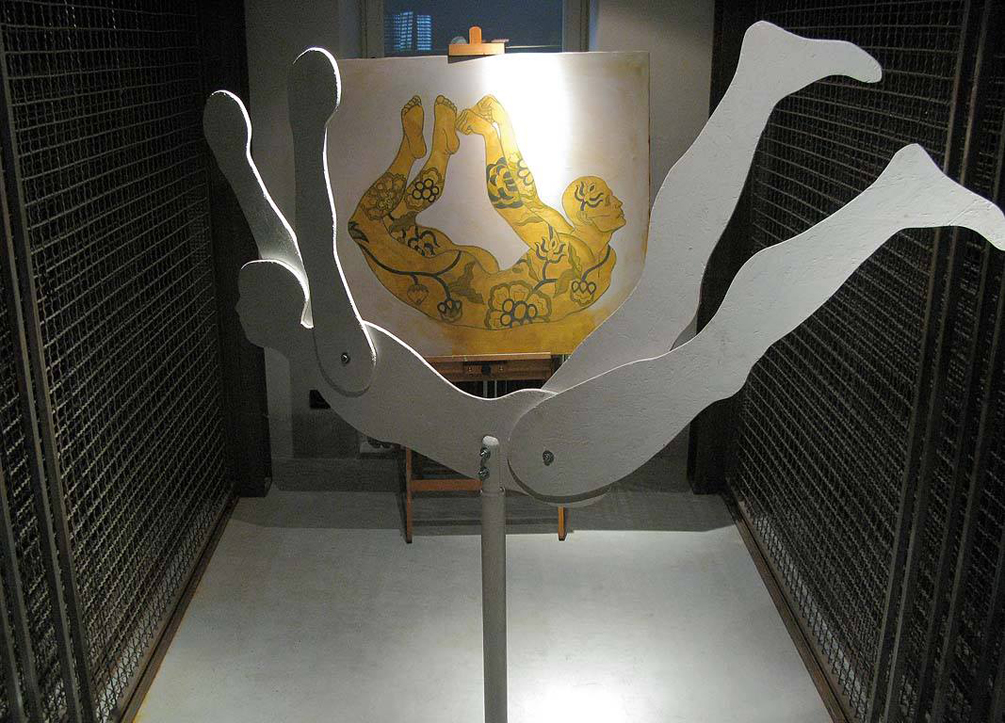 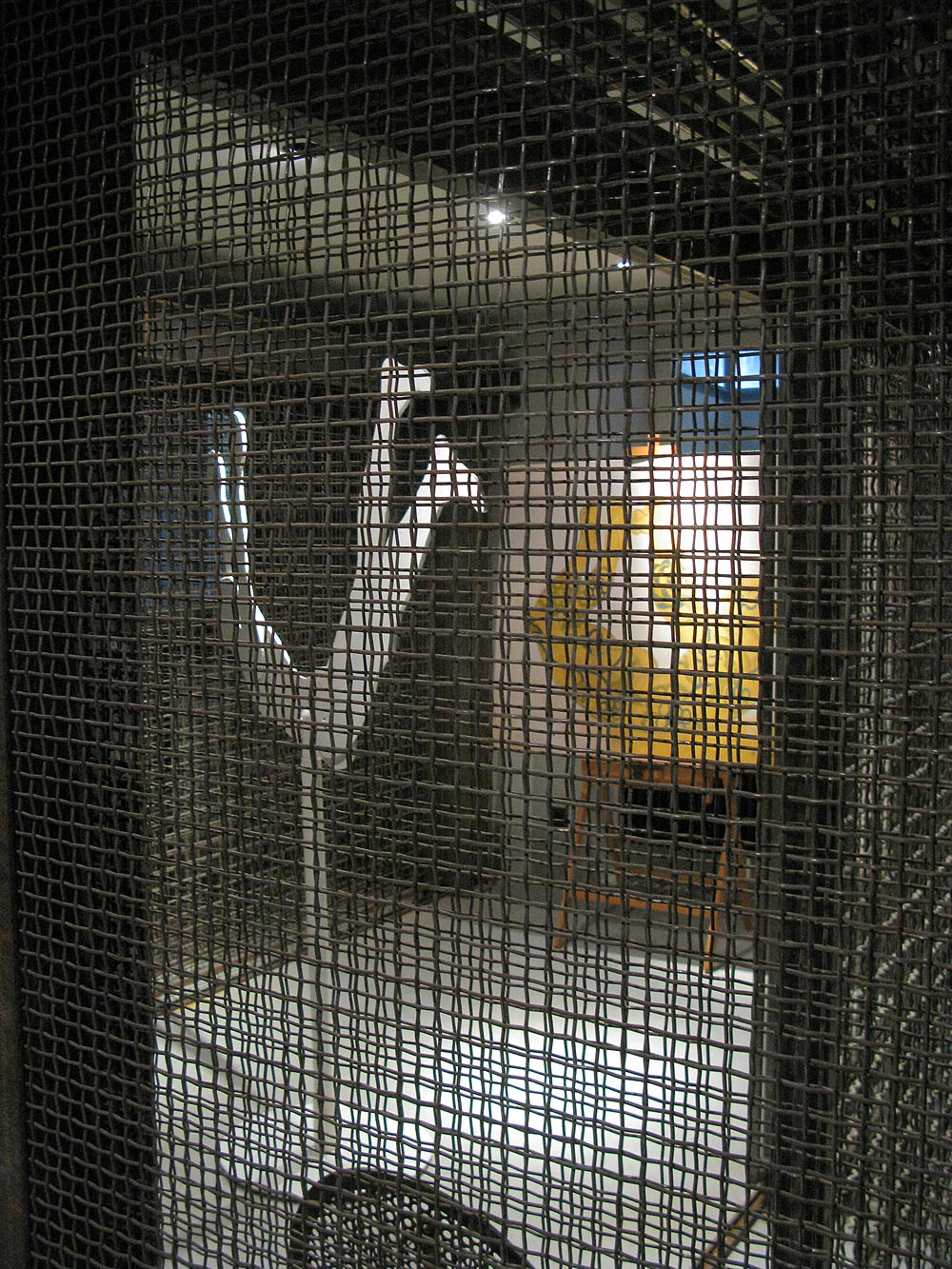 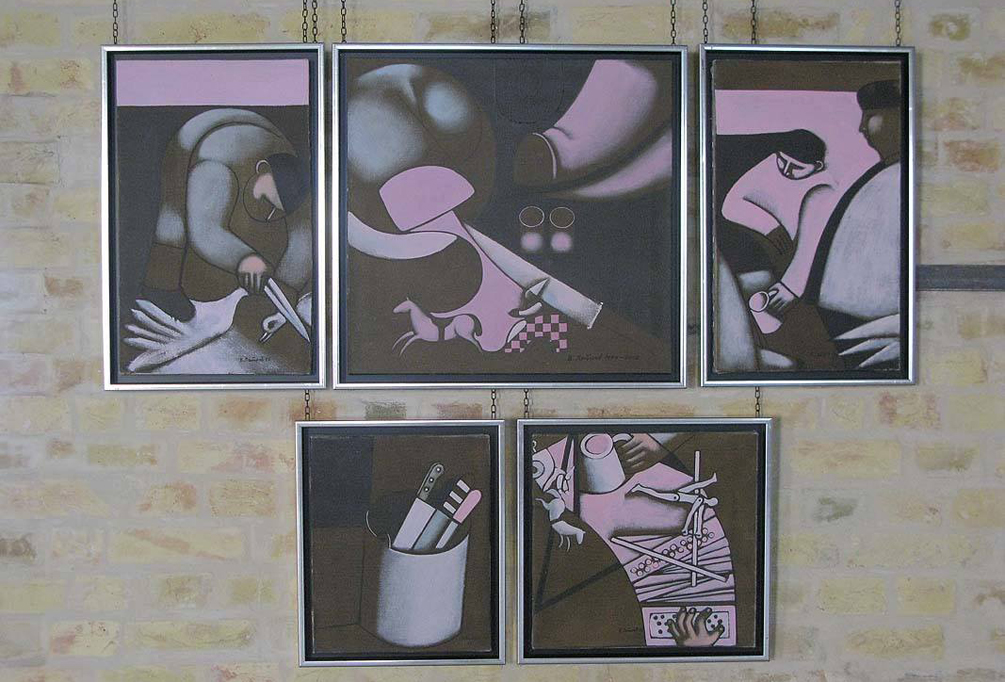 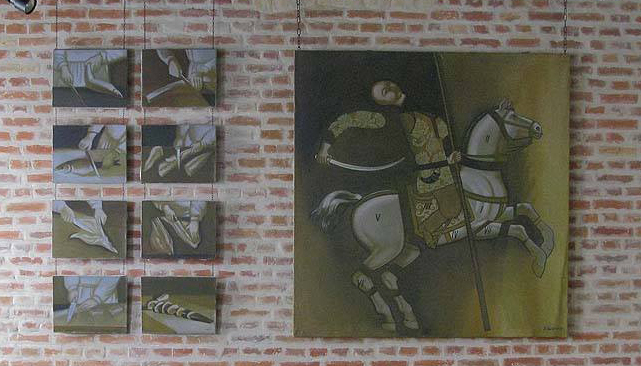 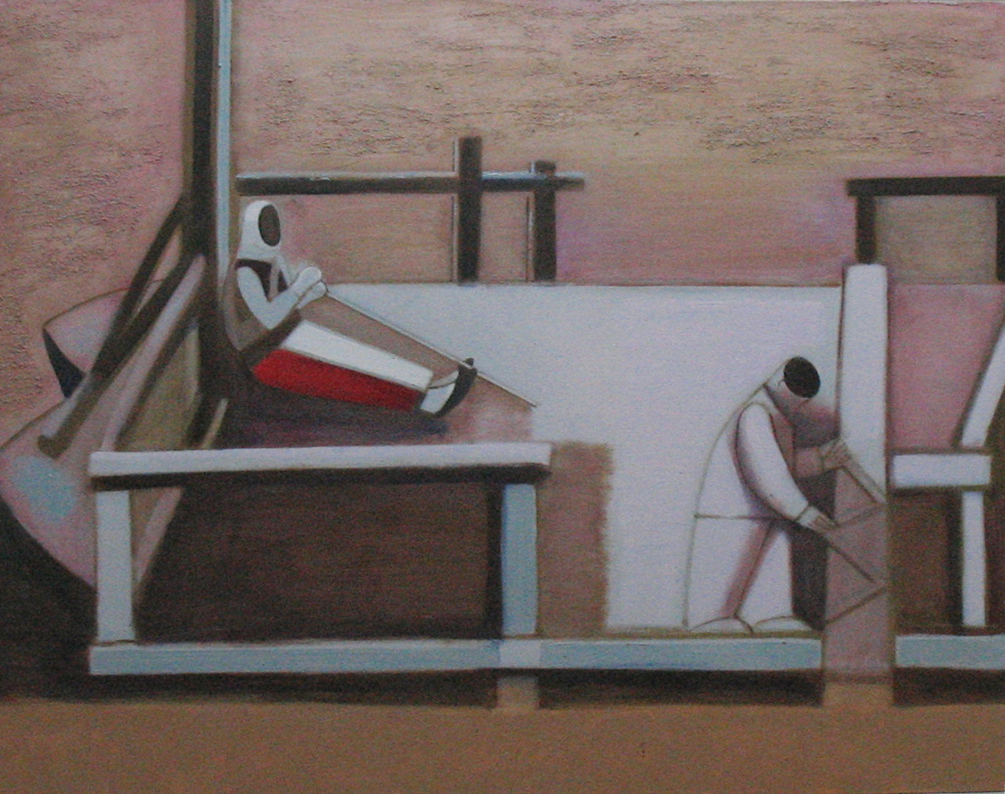 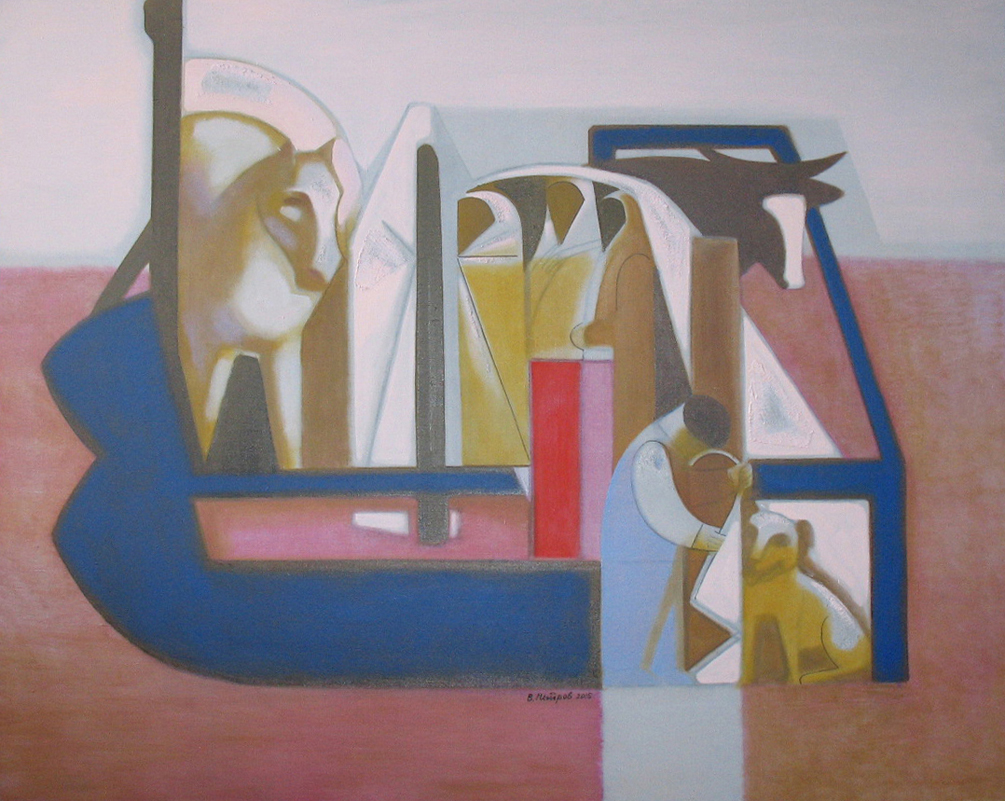 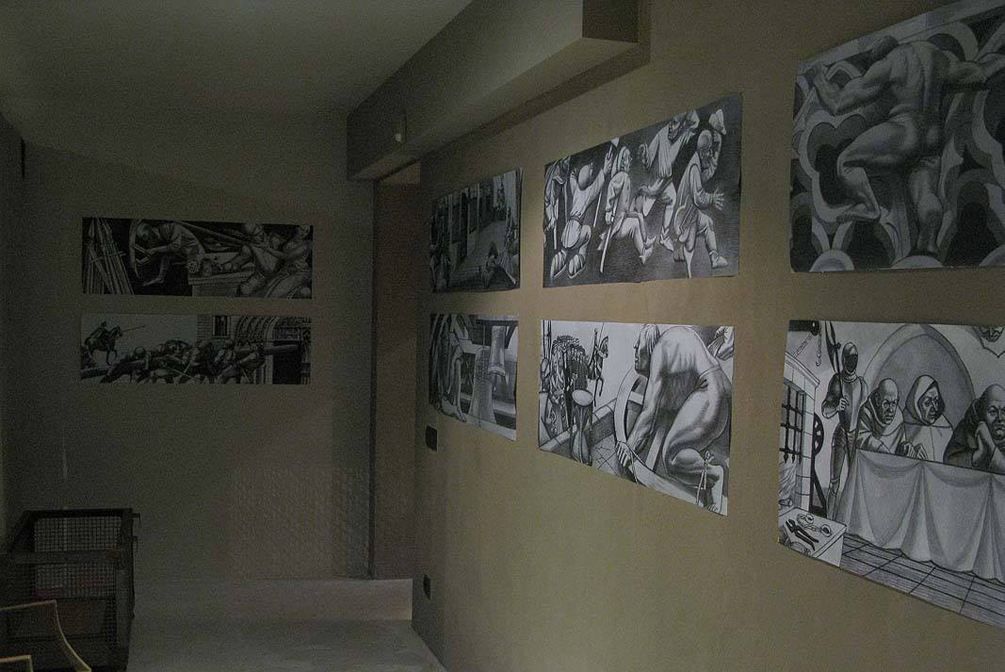 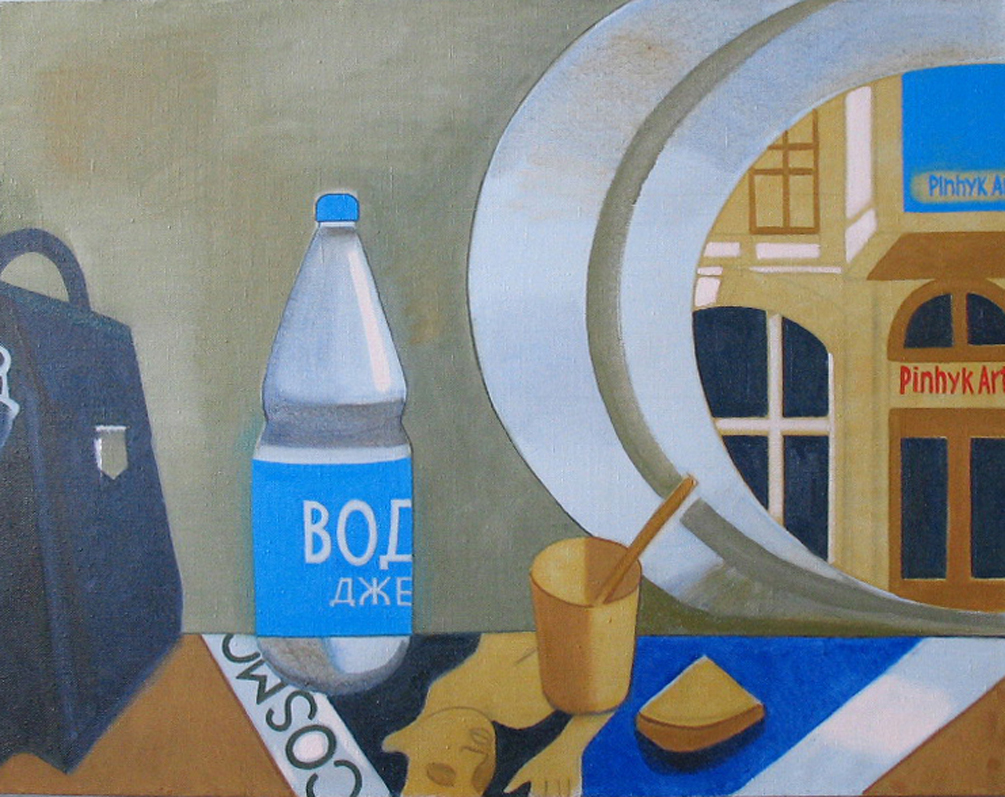 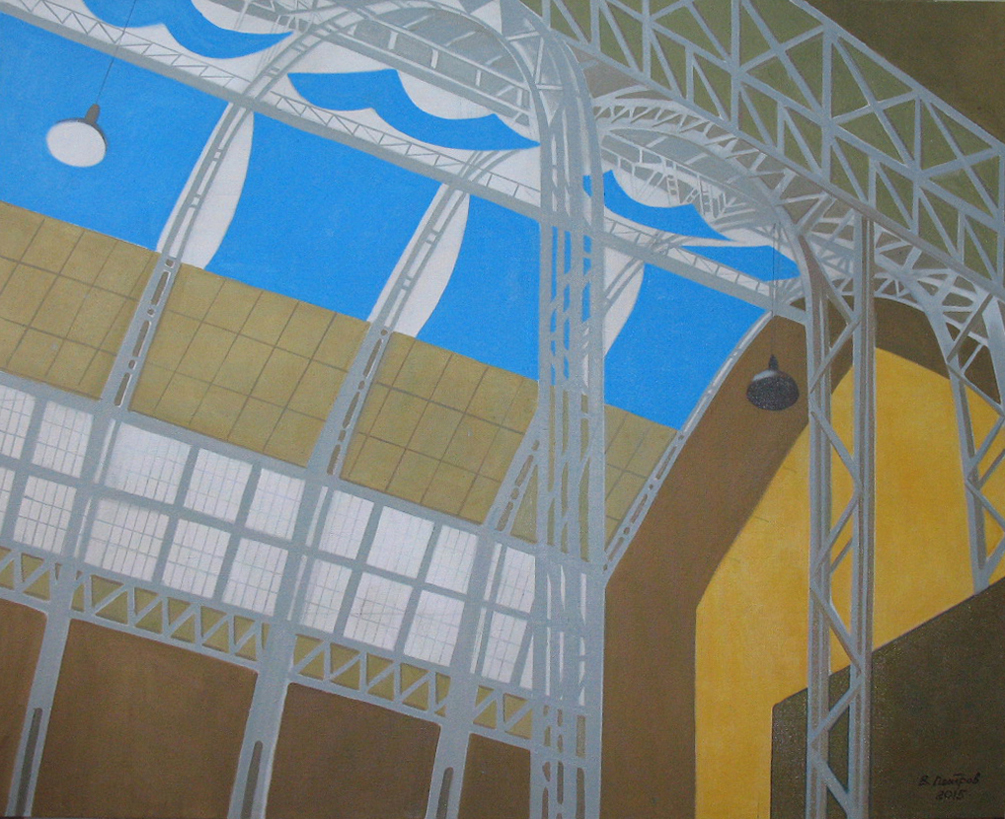 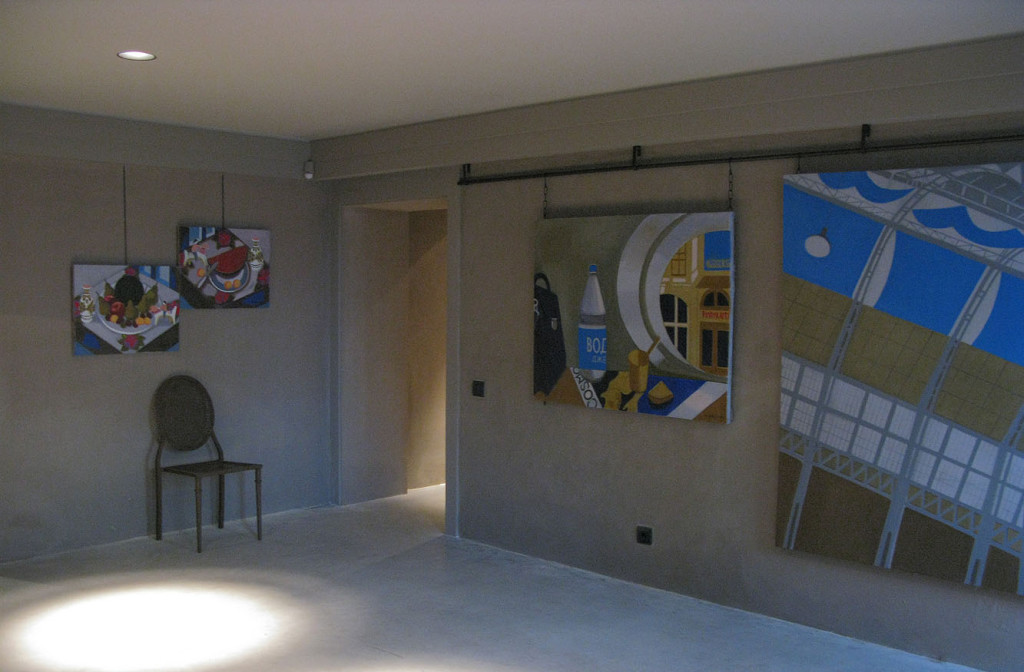 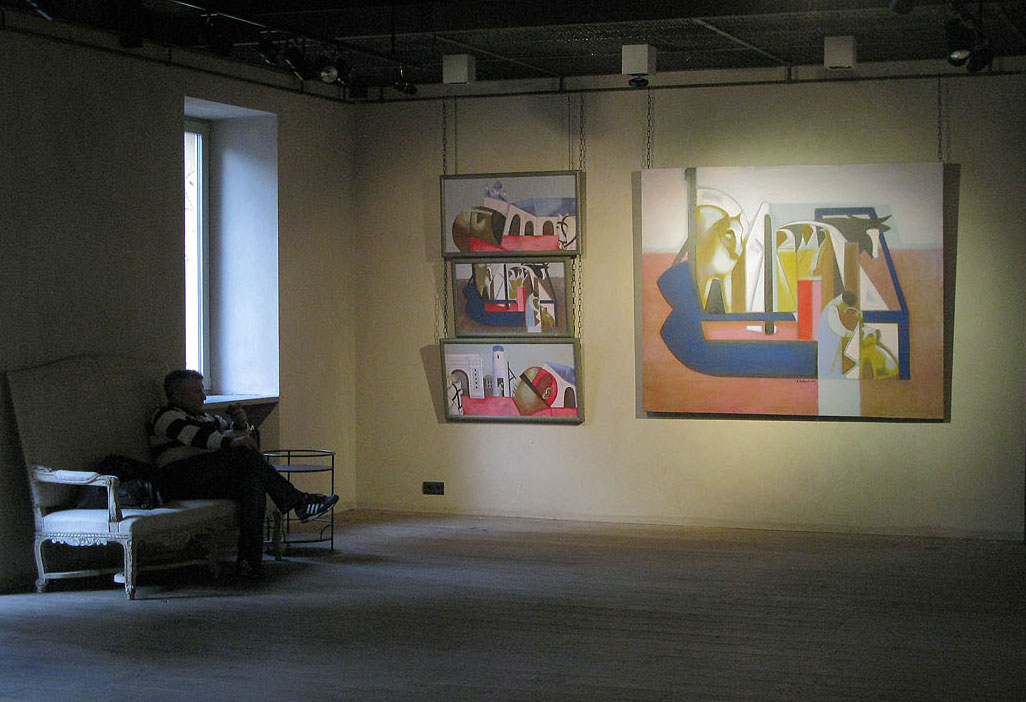 Topic of cathedral is important for author. Work on it began because of illustrations for “Notre Dame” by Victor Hugo for one of publishing houses. As it was stated, while watching sacral architecture, human fantasy provides its own relevant cultural allusions: “Notre Dame” by Victor Hugo and “Cathedral” by Oles Honchar; also, Hortytsa island with its ancient temples and Site island with its Notre Dame, situated on a place of pagan temple. Furthermore, this text helps visitors understand an idea of exposition and also installation plan of separate artworks:  soviet plan of Hortytsa island building by skyscrapers, 1930s, was not realized. However, sacral places and Dnipro thresholds after construction of Dnipro hydro-electro-station disappeared. Sacral architecture using can be very original, for example, prisons. Alarming thing of modernity – is returning of primitive forms of surviving, when culture and civilization are only toys for powerful guys globally. We can trust that cathedral is not a prison, but a symbol of free spirit, like a strong green oak nearby a historical catastrophe.