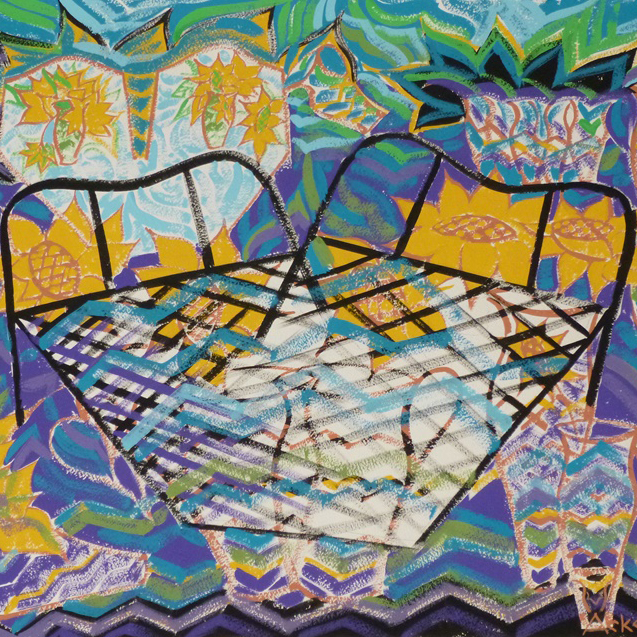 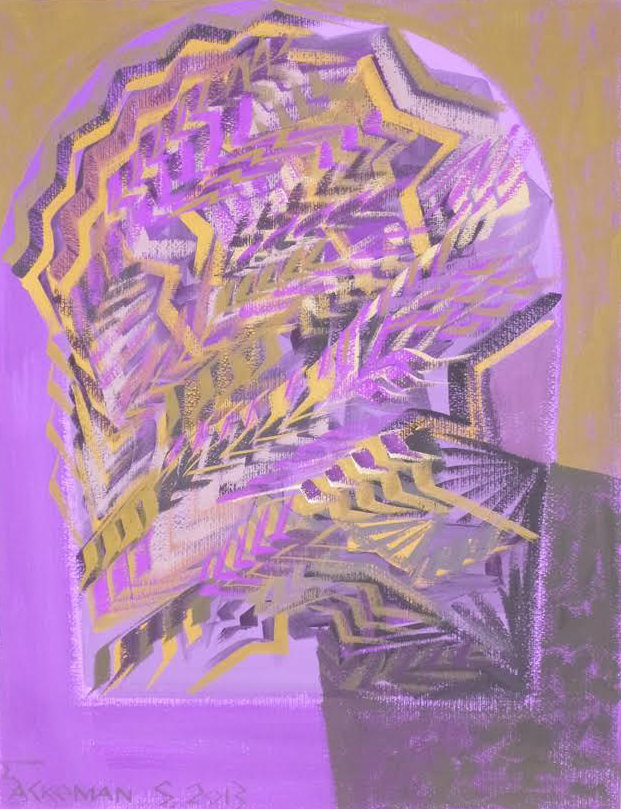 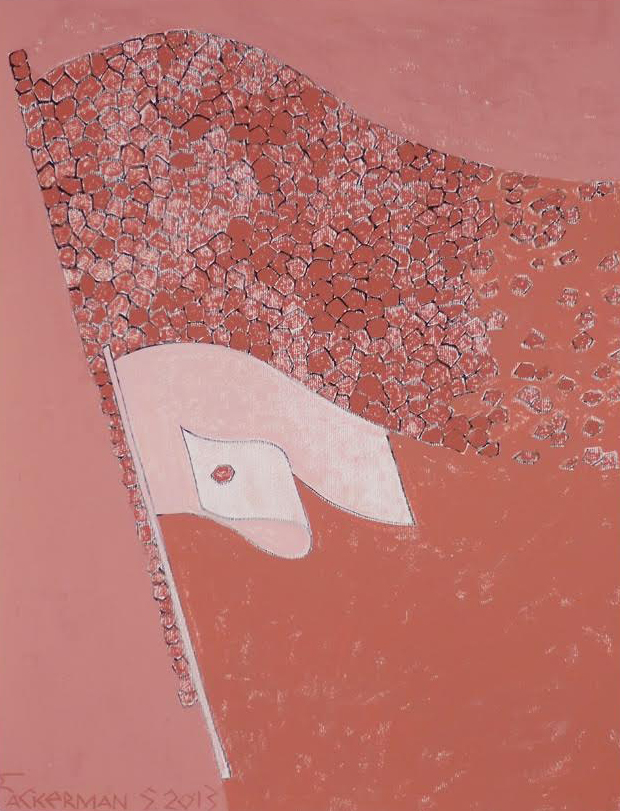 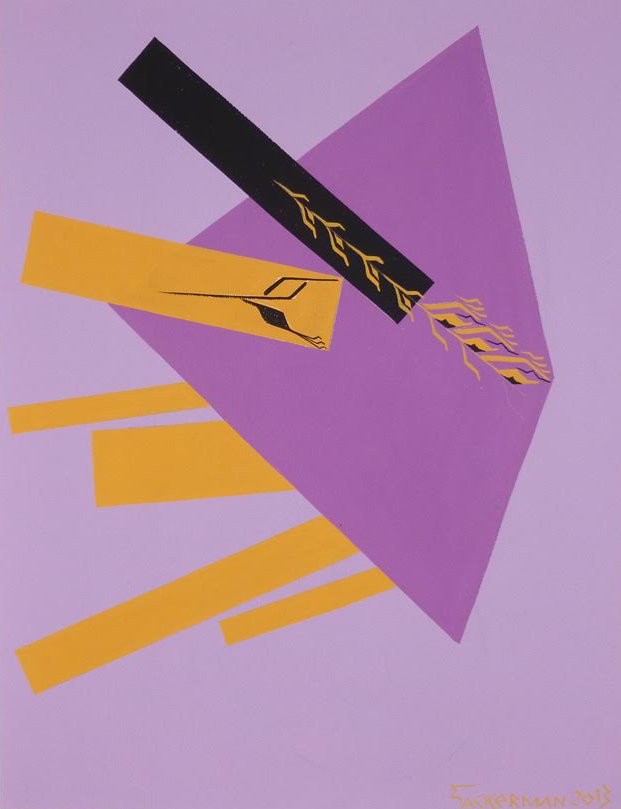 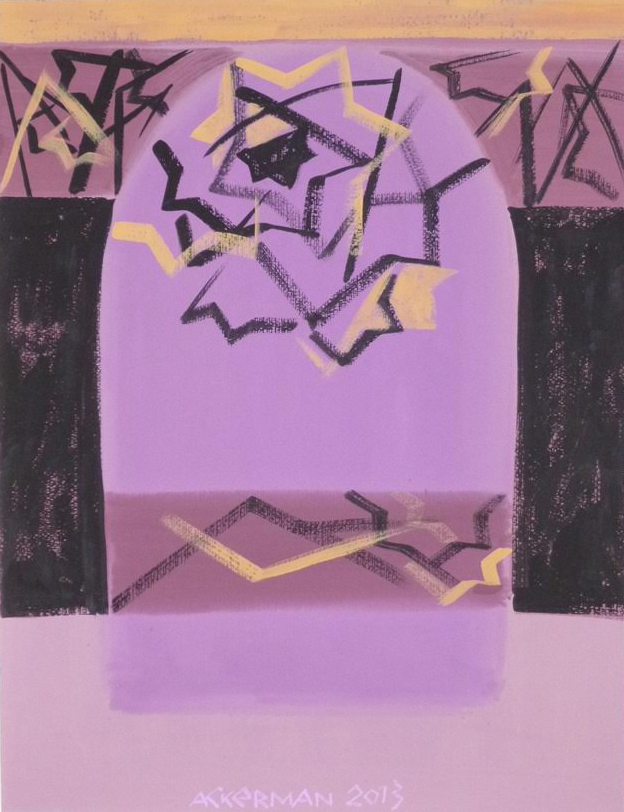 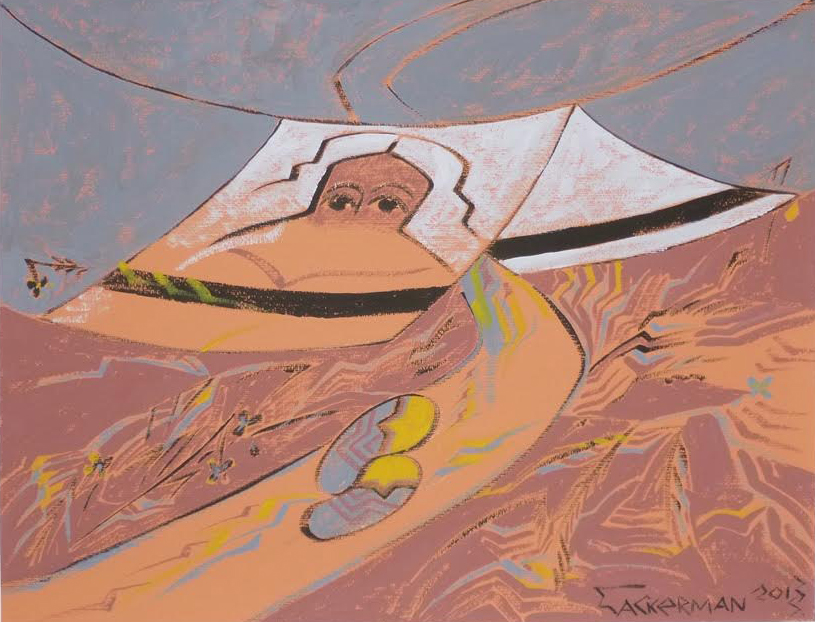 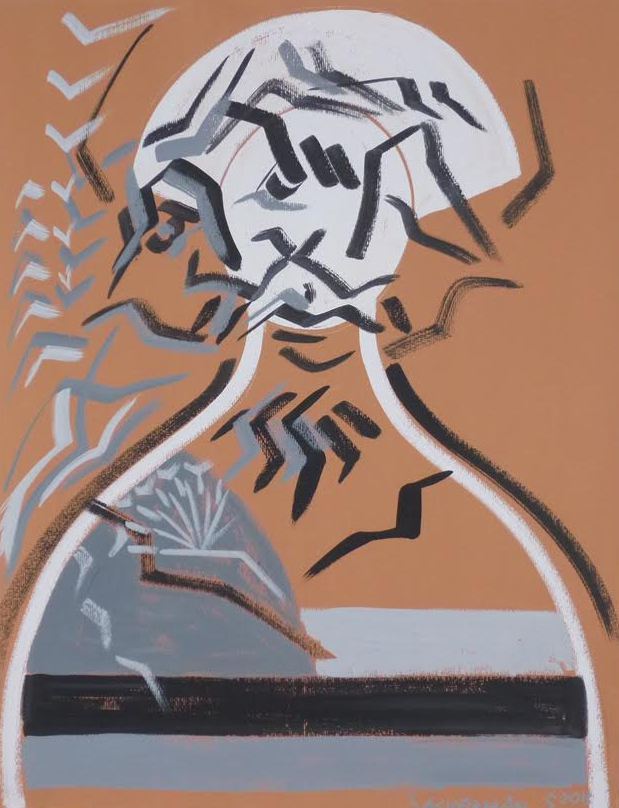 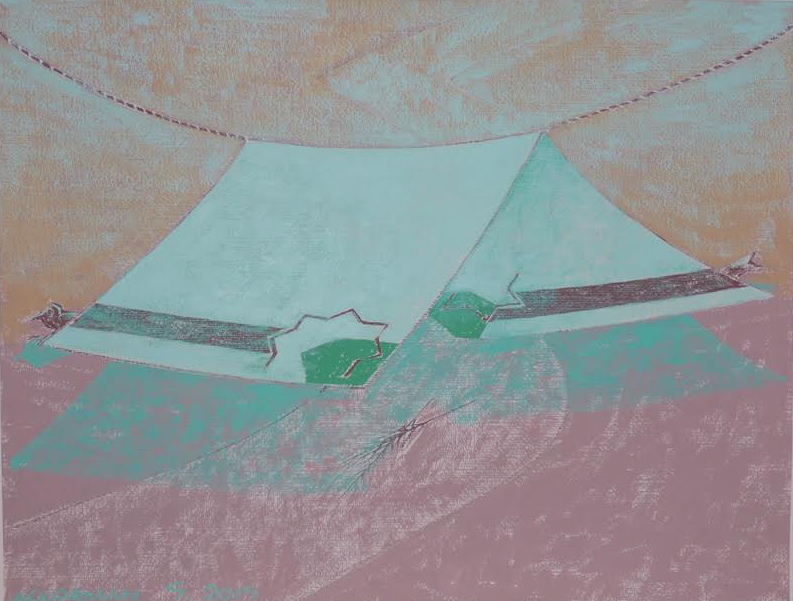 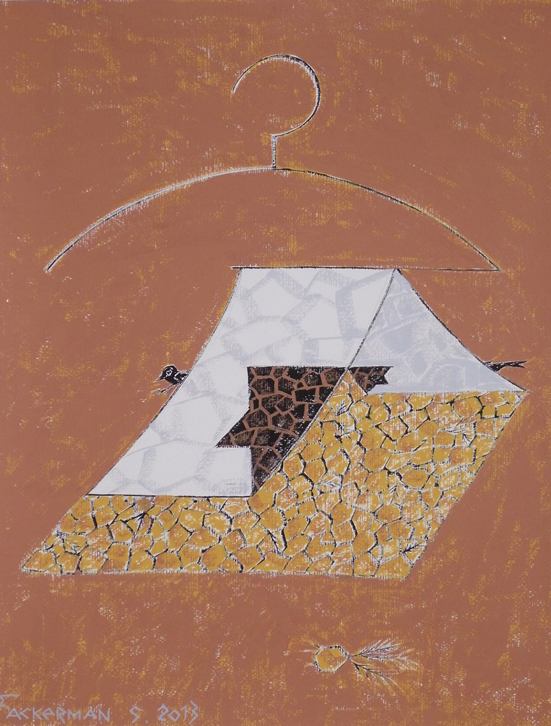 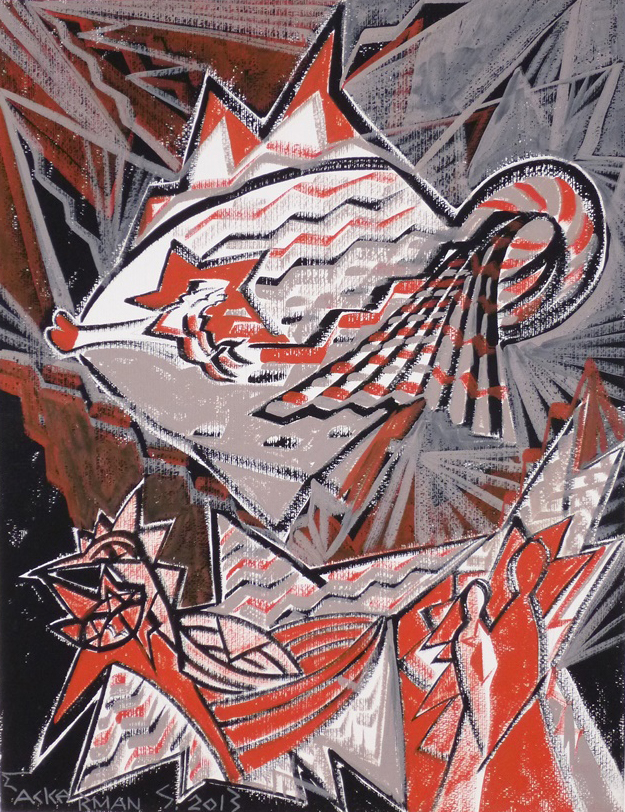 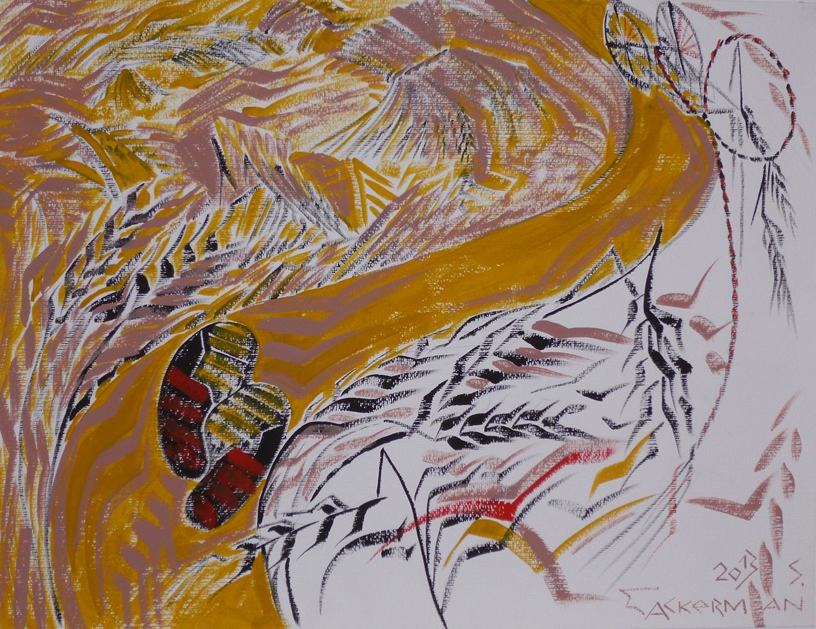 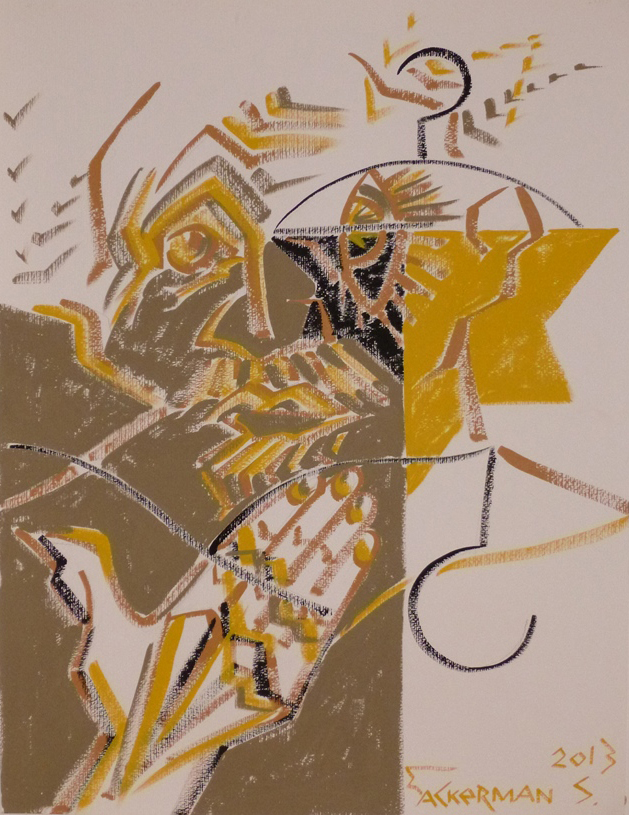 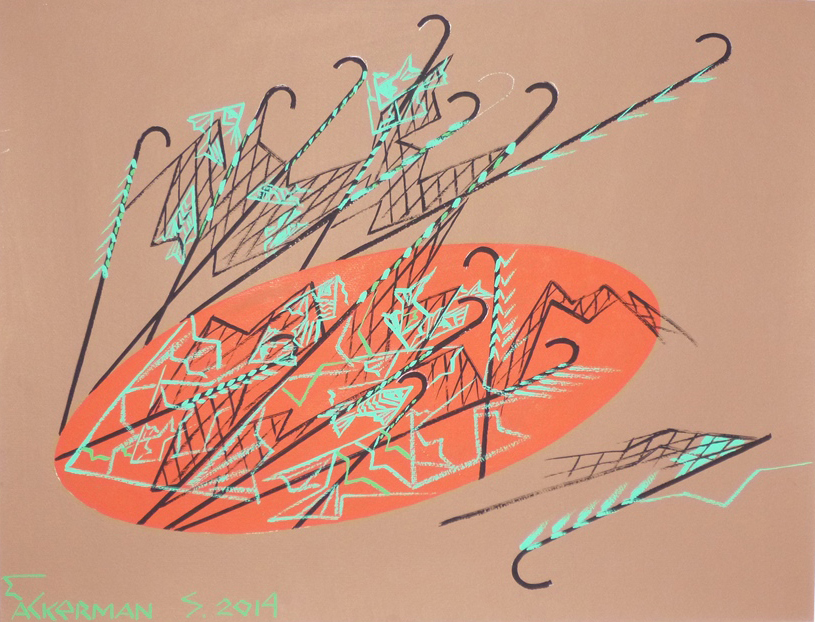 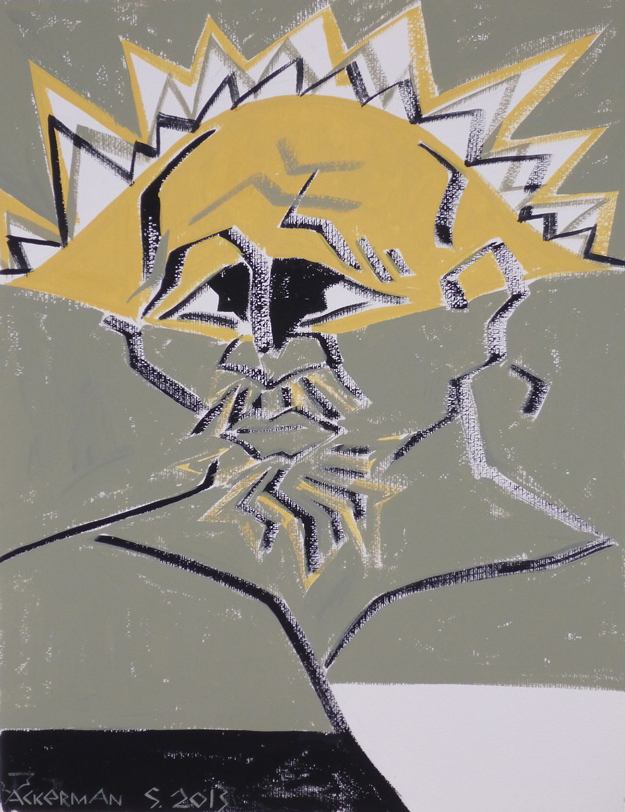 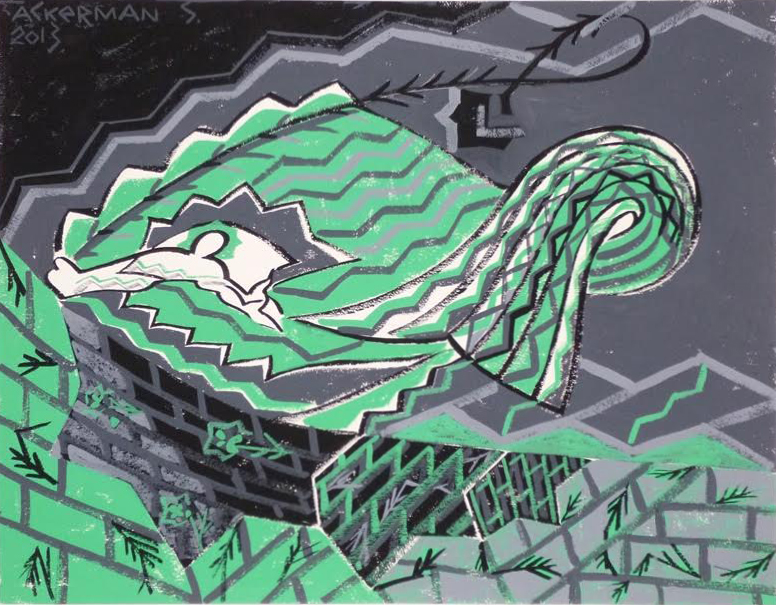 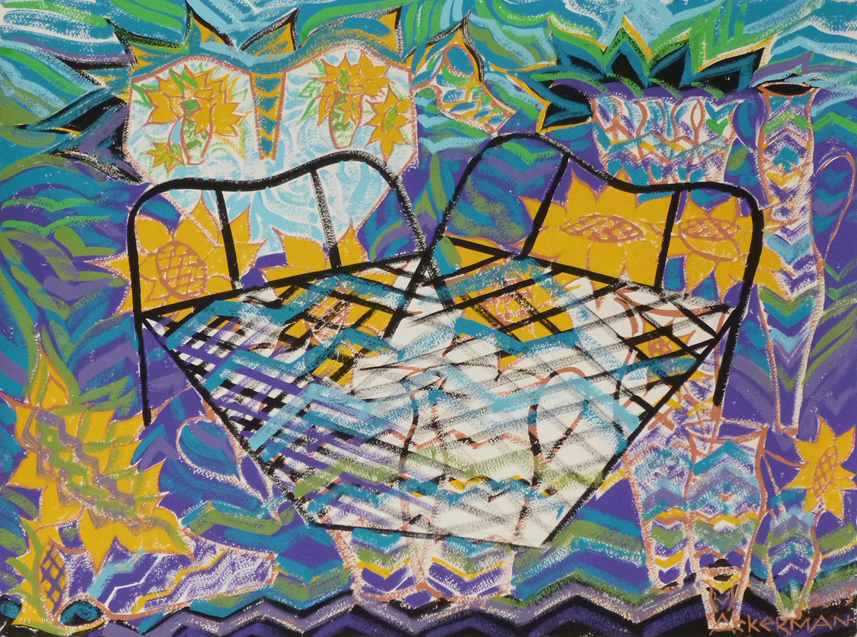 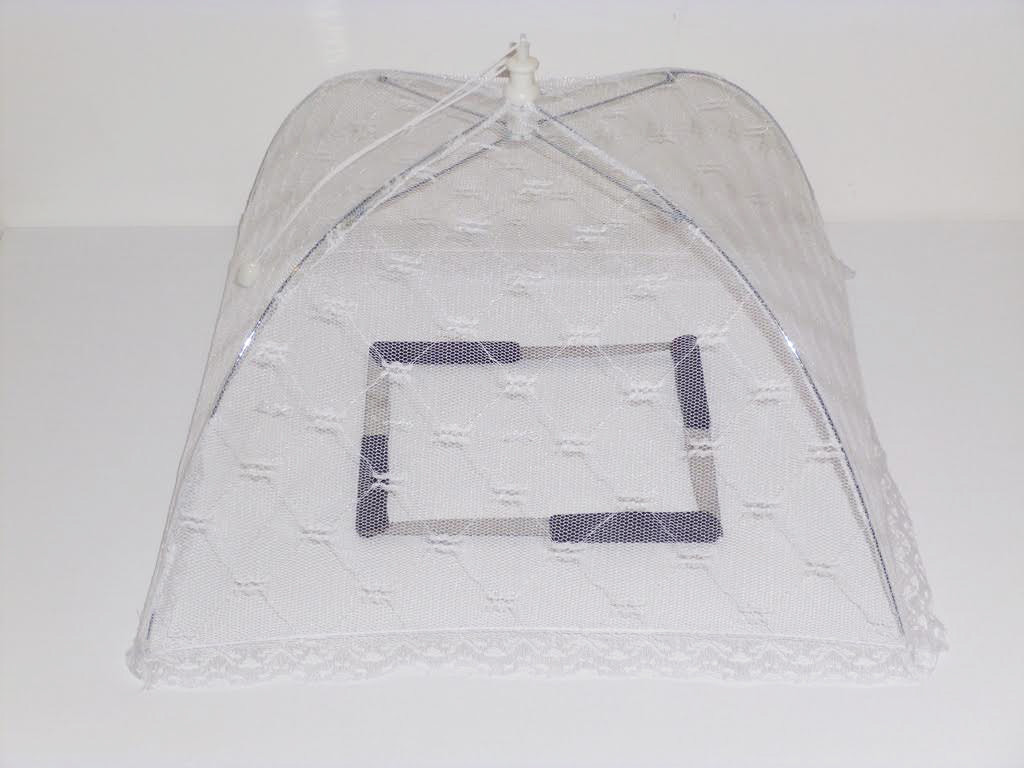 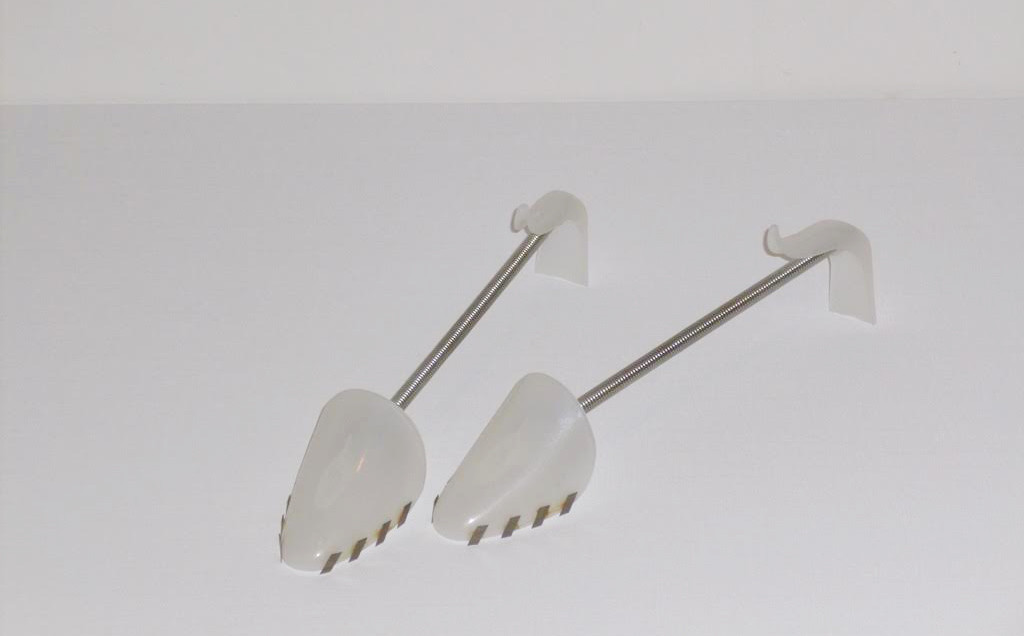 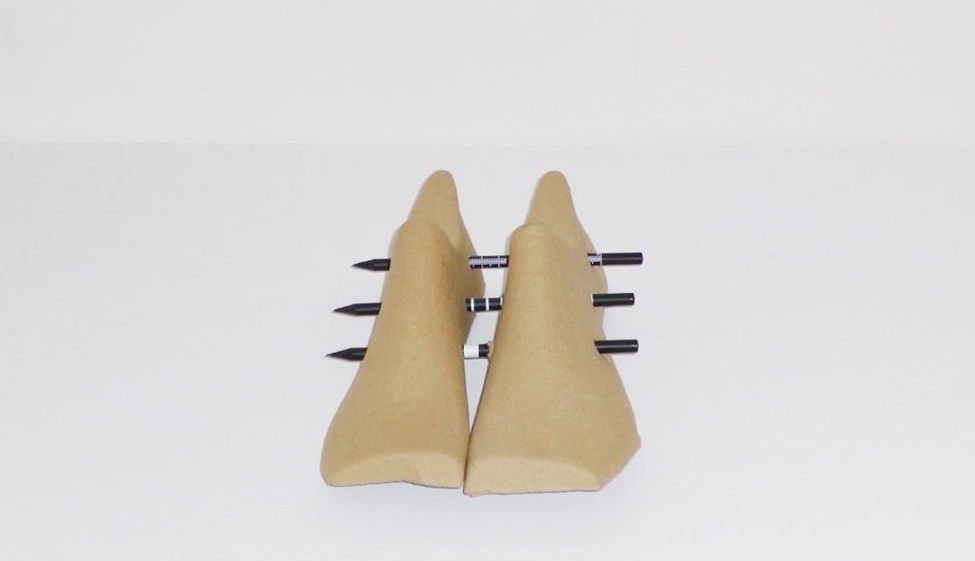 Gouache series is in the core of current exposition project, it is about originality, traditional memory, which is able to renew a future of a vitality web.

Therefore, core artwork is “Magogam”, palindrome of flowering coffin of Theo and Vincent Van Gough above an alarming sky of the world, black stained-glass window of a bed of god in exile and vessels of a plexus word-ornament, which was created after Paul Celan’s “Jug”.

Current exhibition project’s aim is to implement an other world visuality into our beliefs images.

Shield of Abraham – this is an open law of understanding of The Other One, memory about Nineveh city, opportunities for a prophecy about a plant that above the sunflower, Kikoin beetle, which healed Iona-prophet from his own shadow, sun to a green city, and salvation.