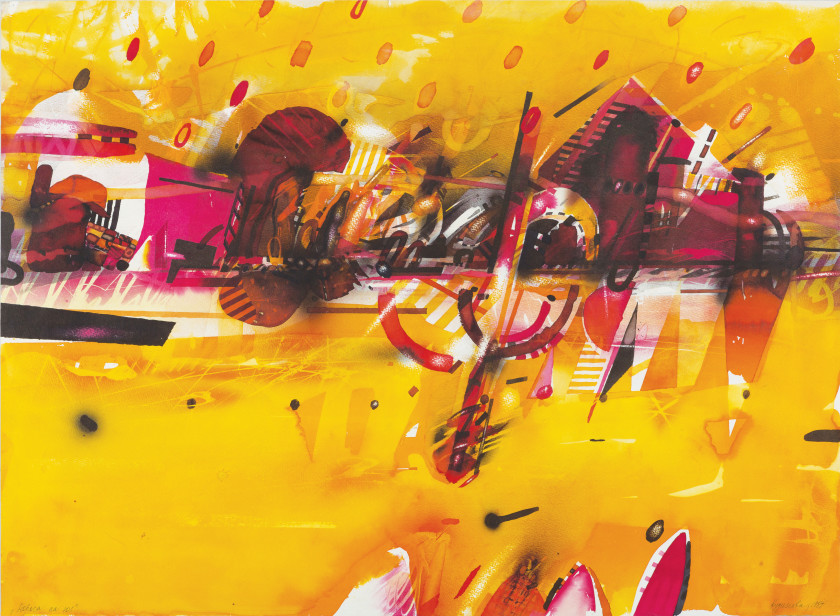 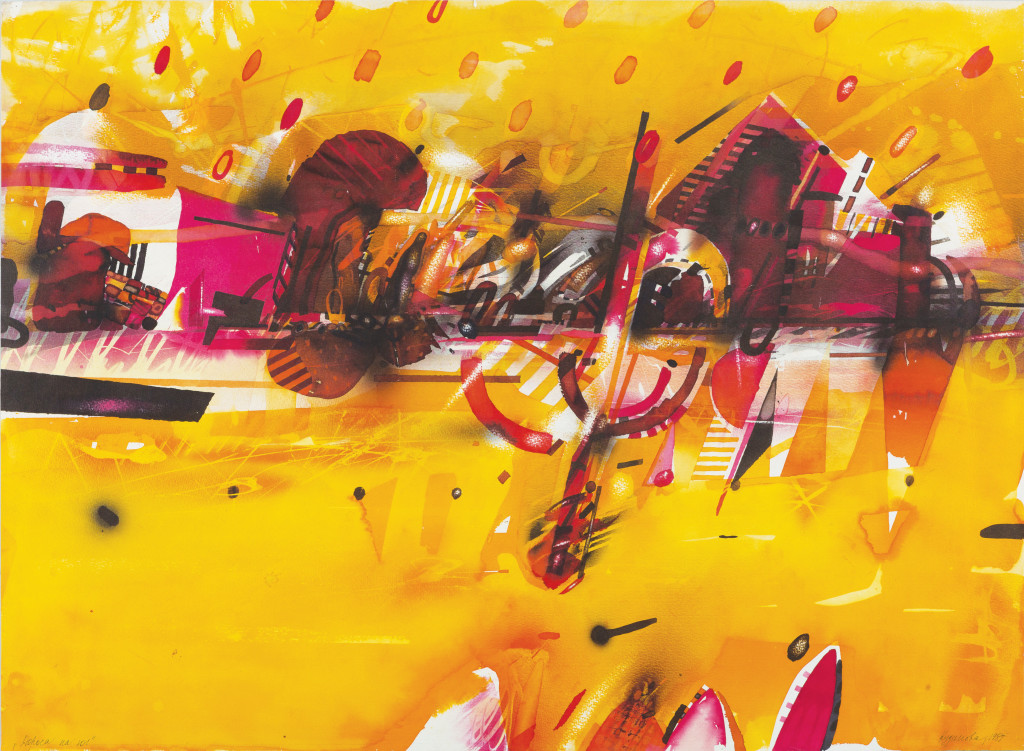 Art 14 Gallery presents Olena Kudinova’s exhibition «Post Scriptum».
Olena Kudinova (1958, Murmansk – 2017, Kyiv) a graphic artist, interior designer who also created easel paintings. The artists worked mainly in Kharkiv.
The beginning of O. Kudinova’s creative career was marked by a significant historical period – the collapse of the USSR, Perestroika, and the first years of Ukraine’s independence. There were also rapid changes in the art world that time. The preferences of the art community and viewers changed with lightning speed, powerful influences of Western art emerged, and previously closed avant-garde and modern treasures of the past were discovered. Many young artists declared themselves under the new life circumstances. In Kyiv, Lviv, Odesa, Kharkiv, Ivano-Frankivsk, Zaporizhzhya, Uzhgorod numerous daring exhibitions were opened, new communities were formed among artists, writers, musicians, directors, who are now united with the name “New Wave of Ukrainian Art” (1987 – 1994/1995).
The paintings and graphics of young Kharkiv artists of the late 1980s differed from those of their colleagues from Kiev, Odessa, or Lviv. They were determined to set aside academic style, historicism, neoclassicism. Instead they searched for a new language of creativity by borrowing design, scenography or photo art. The cheerfulness, energy and unusual stylistics are felt in most of their works. For example, instead of beloved in Kyiv trans-vanguard or Lviv’s secession, they were attracted by the constructivism of the 1920s.
However, not all artists were able to stay on the art scene, to find, and then retain their own themes and style. And O. Kudinova’s name and creativity takes a worthy place among those few.
The first impressions of the artist’s works are the depth of emotional saturation that directs our feelings to calm reflections, such as in the “Diaries” series (2007), or vice versa, astonishes and disturbs with the powerful expression in “House” (2004), “The Game” (1997), “Alien Land” (1989), “House by the Sea” (1989). The collage principle of composition and seriality allows the artist to combine reflections and feelings in each work, moreover through accurate reproduction of the inner state to talk to the viewer about abstract and conceptual things, for example, in “Angle of View” (1997), “Judgments” (2004) , “Distortion” (1999) and others.
Looking at the works, the viewer can be convinced that their titles and subjects belong mainly to two different categories: place and time. Here are the names of the places: “Road to the South”, “Walk in the City”, “Alien Land”, “House by the Sea”. Such works as “P. S. ”(Post Scriptum), “Continuation of the Holiday”, “End the of Day”, “History”, “Moving” and “Diary” are connected with time. However, both of them, so different in essence of the category of being, do not need to change the artistic language in O. Kudinova’s interpretation. That seems natural because the author delivers them through the flow of her own subjective perception and, thus, continues the discourse embedded in the philosophy of existentialism.
O. Kudinova’s works are sometimes similar to abstractions; the subject world familiar to everyone is given without undue detail in them. The preference is given to feelings and ideas, and in some series, such as “Diary”, there is a narrative. This poetics is close to Kandinsky’s early abstractions, but certainly it is opposite of Gegenstandslose Kunst, such as Suprematism, Orphism, and others.
This exhibition not only honors the memory of the talented artist and the wonderful person who was Elena Kudinova, but also emphasizes the fact that the artist’s creative work is continuing, which is hinted at by the name of the exhibition, “Post Scriptum”. 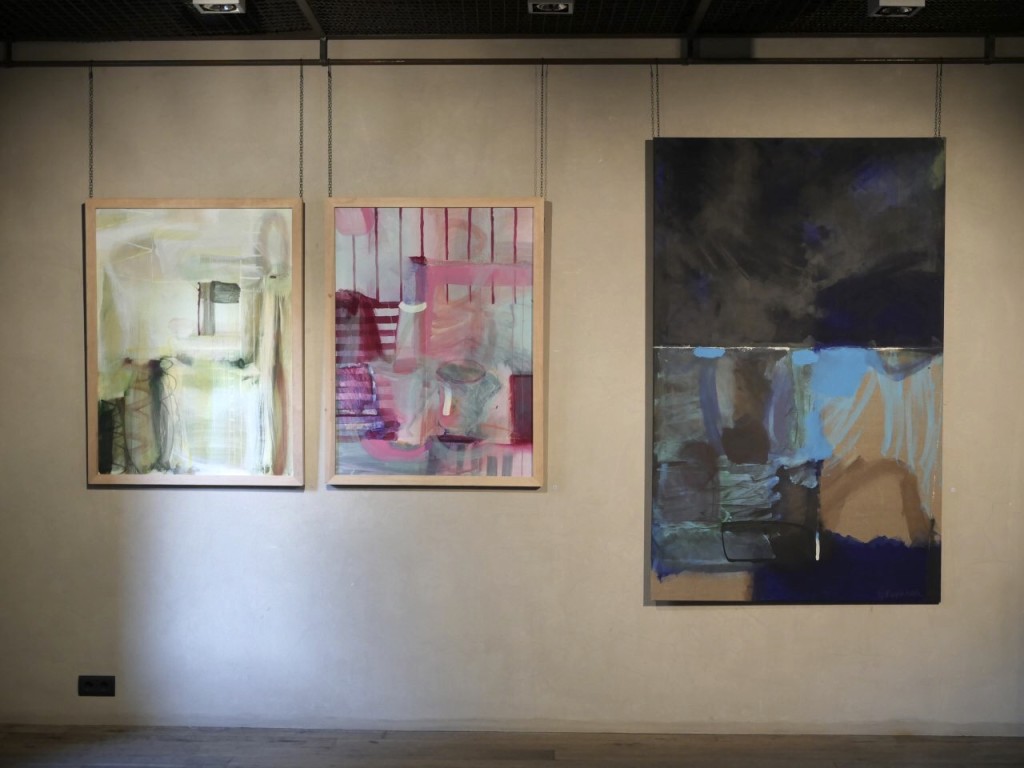 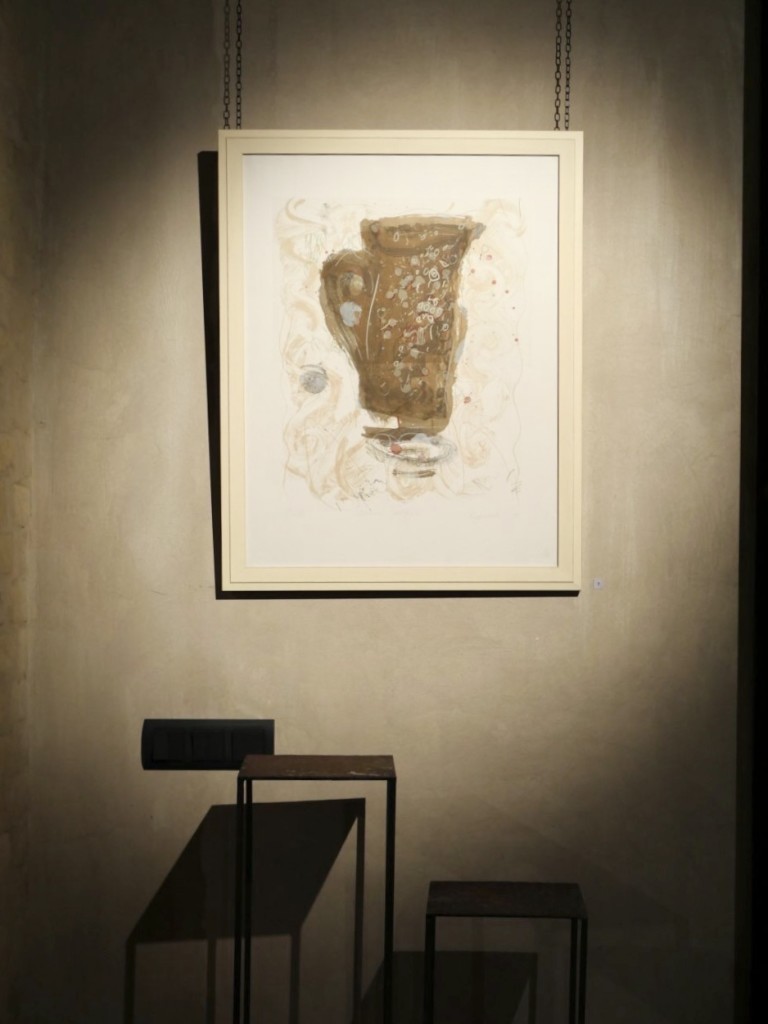 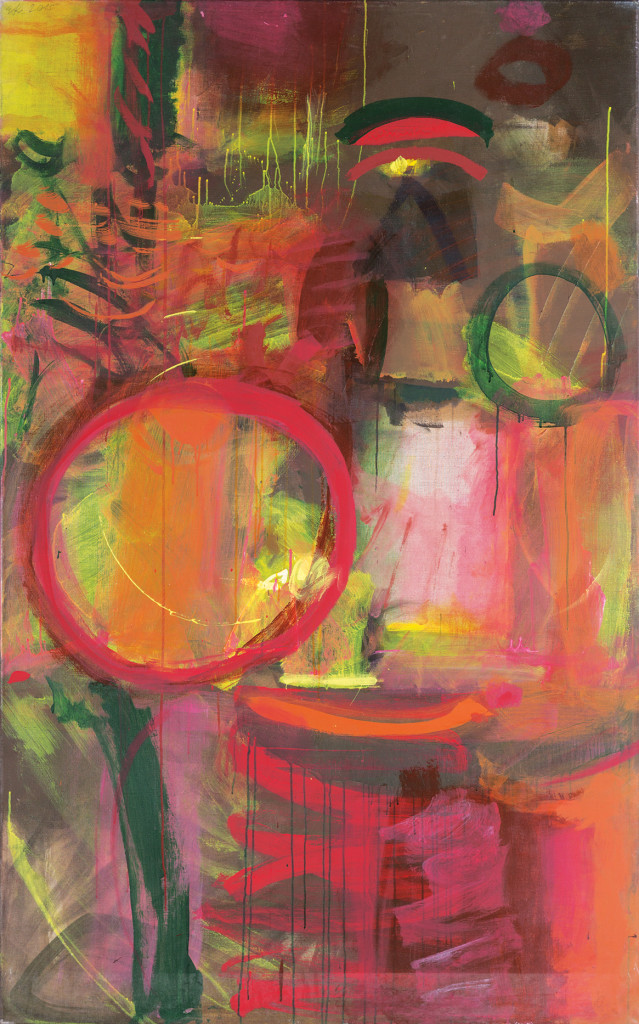 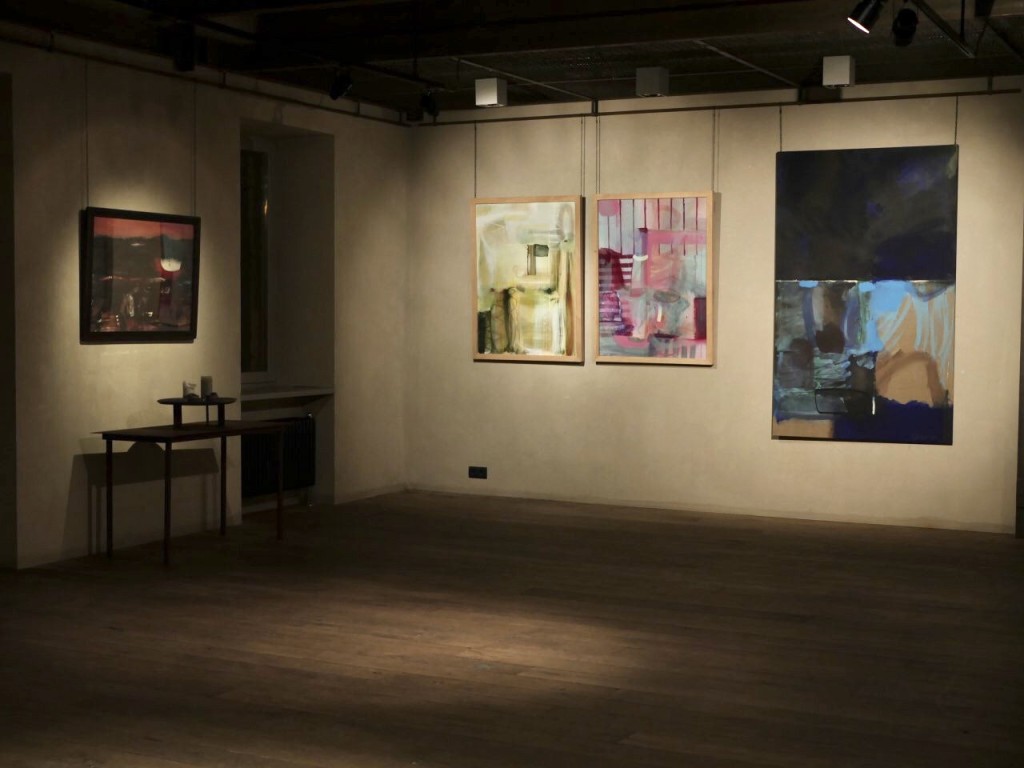 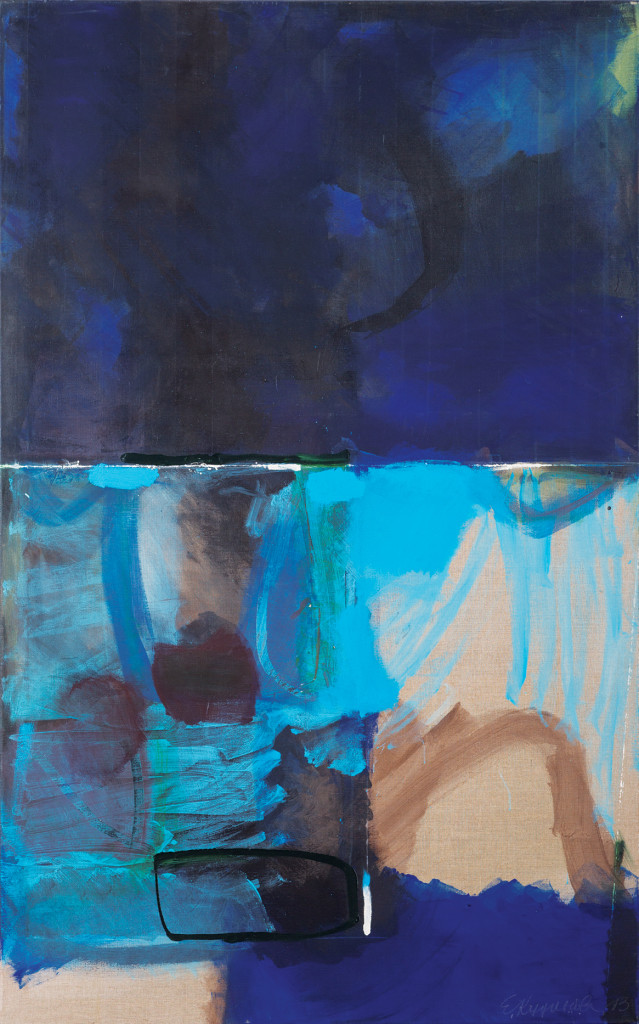 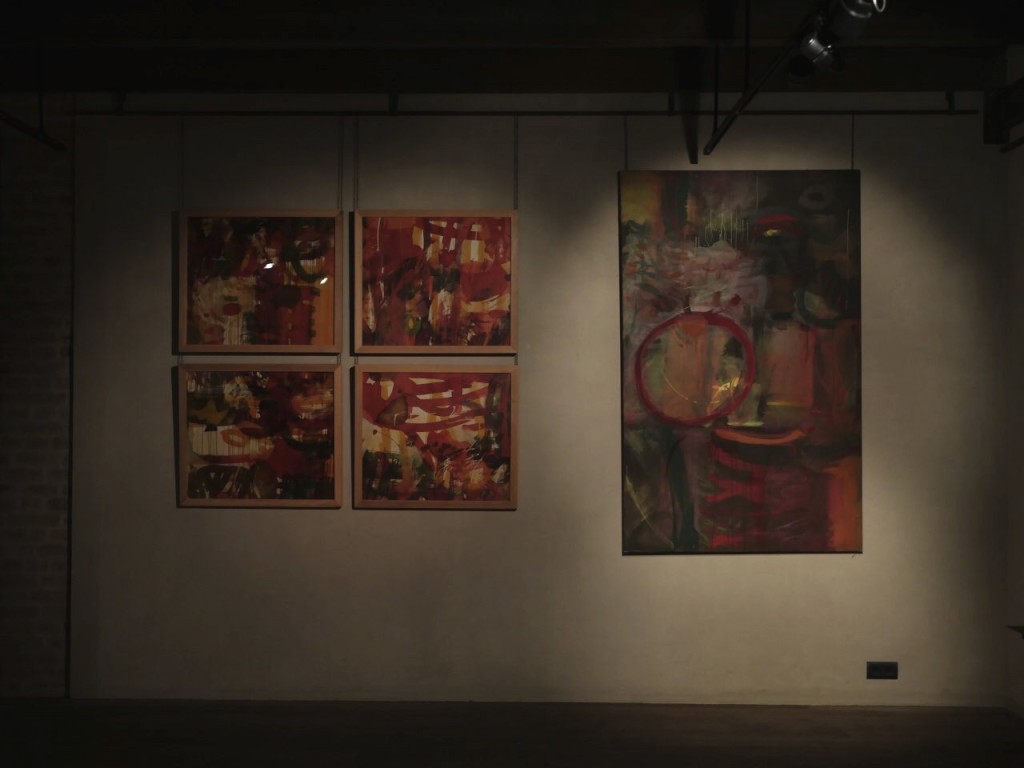 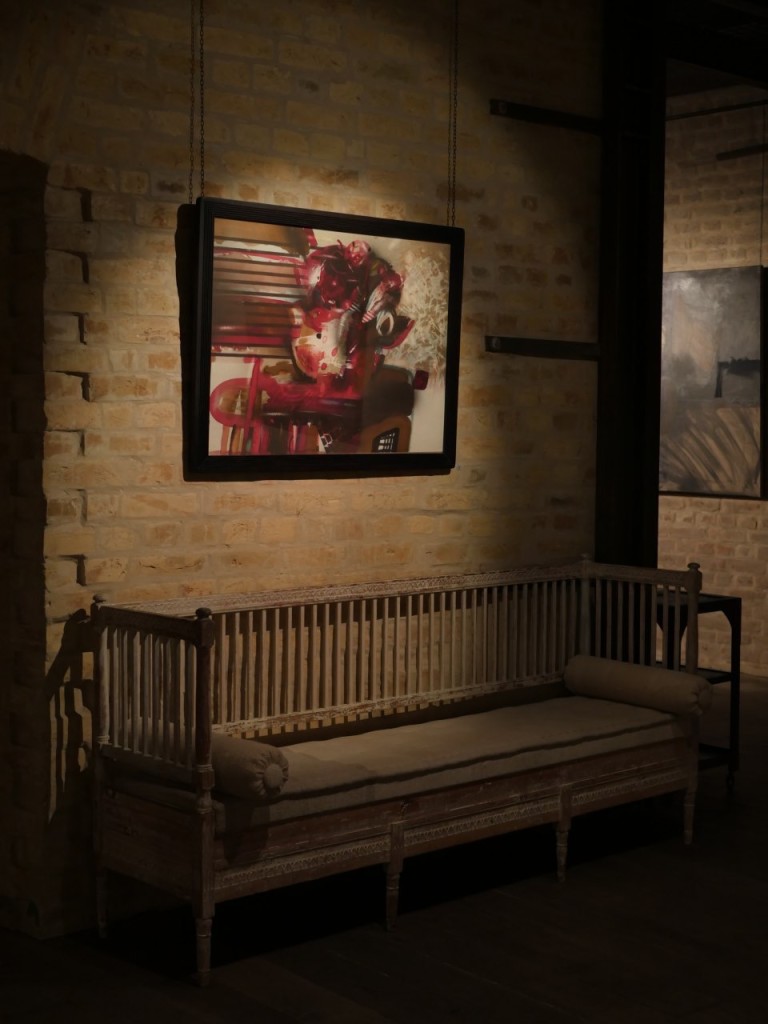 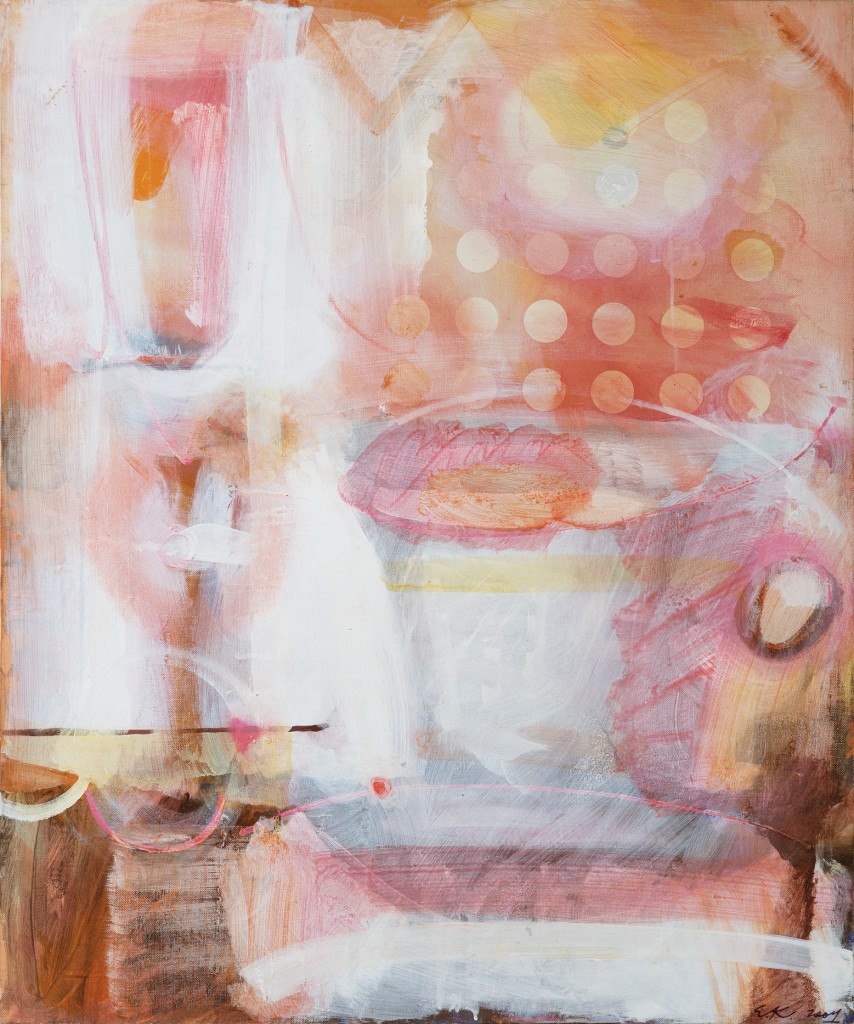 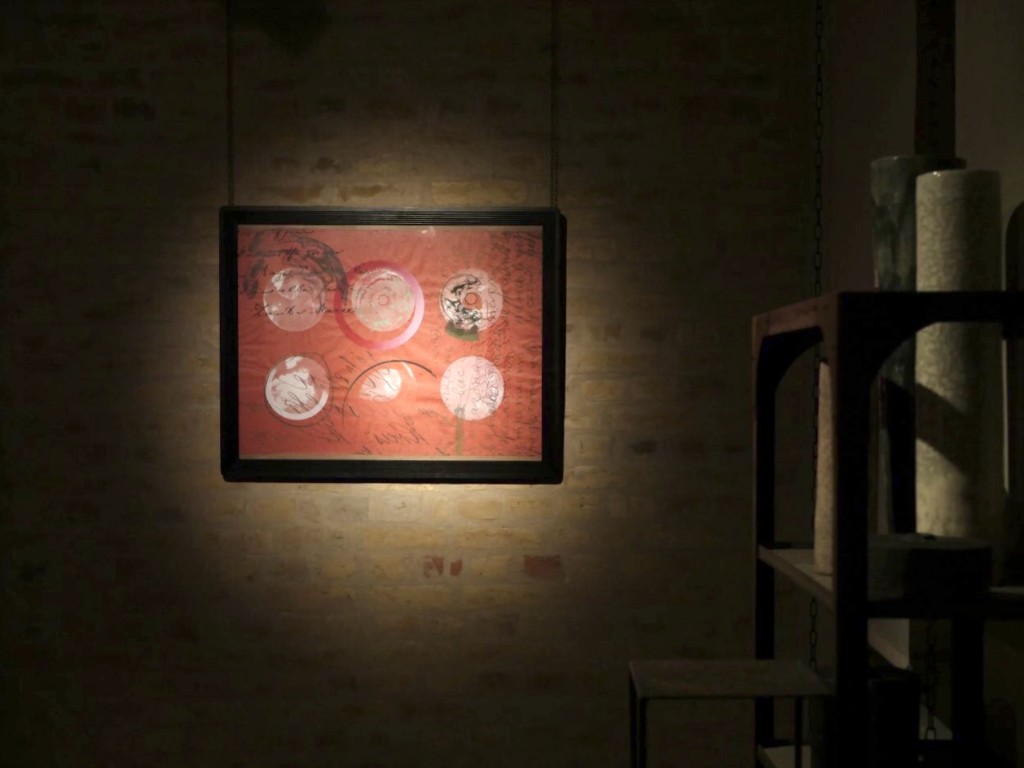 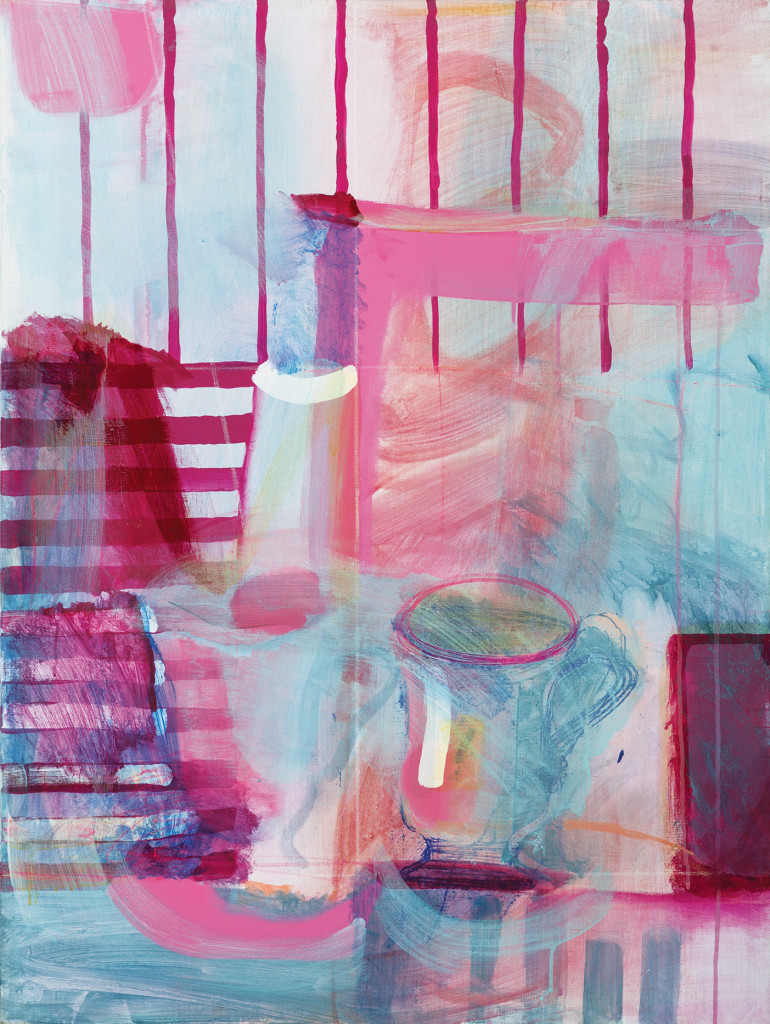 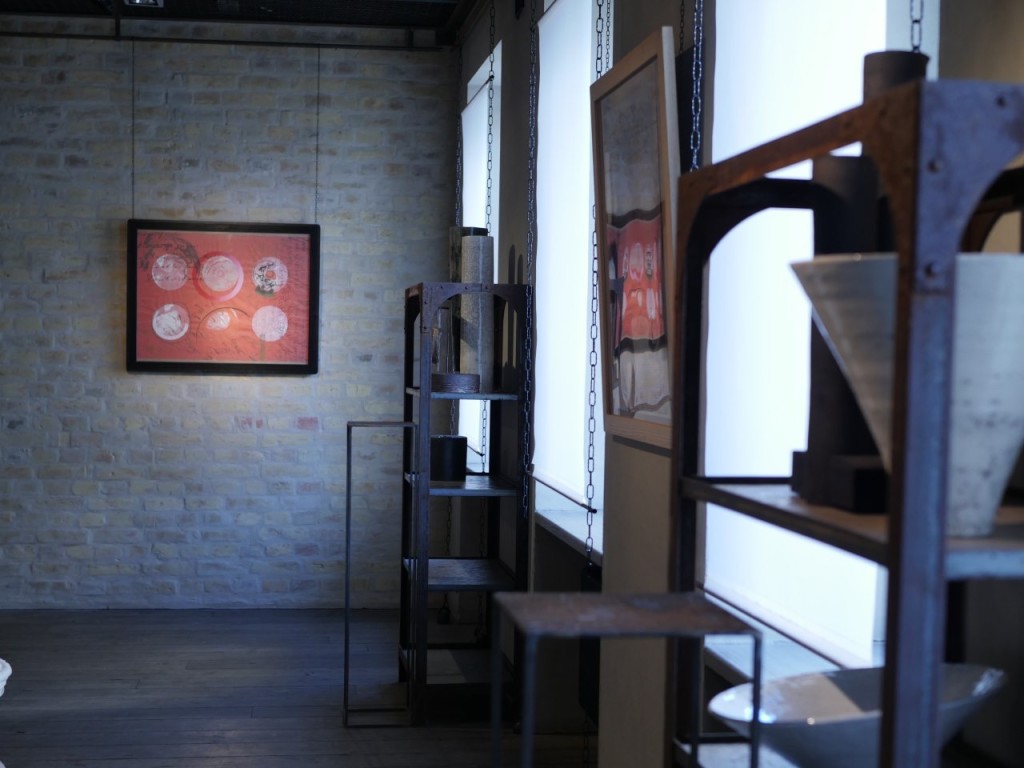 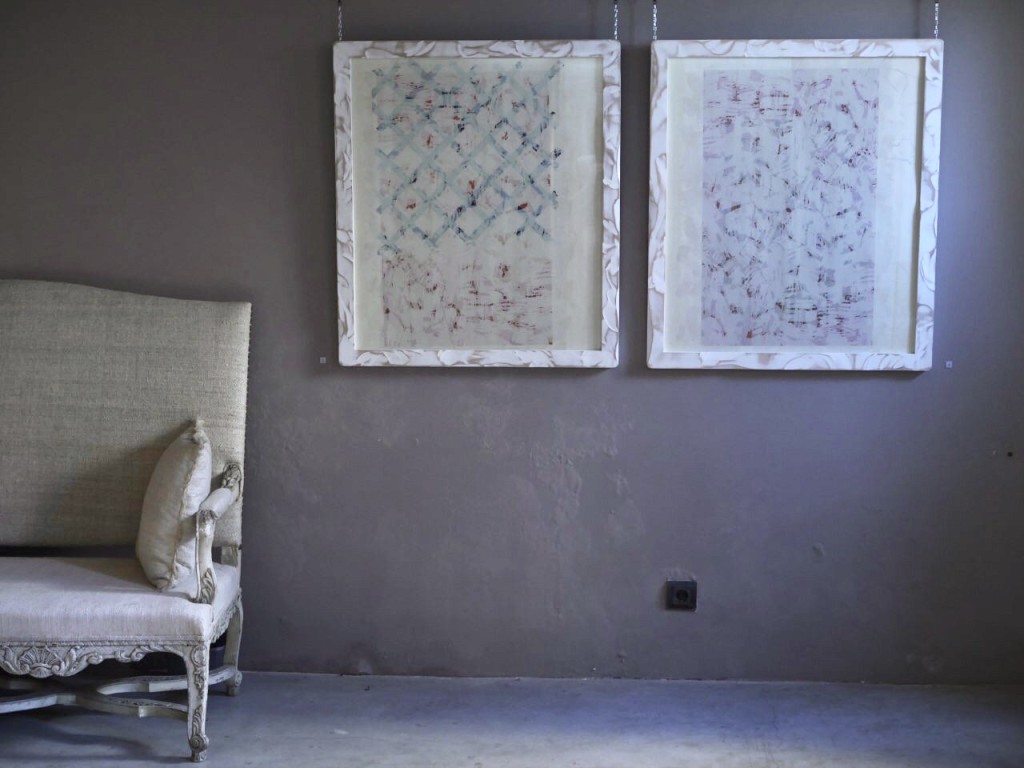 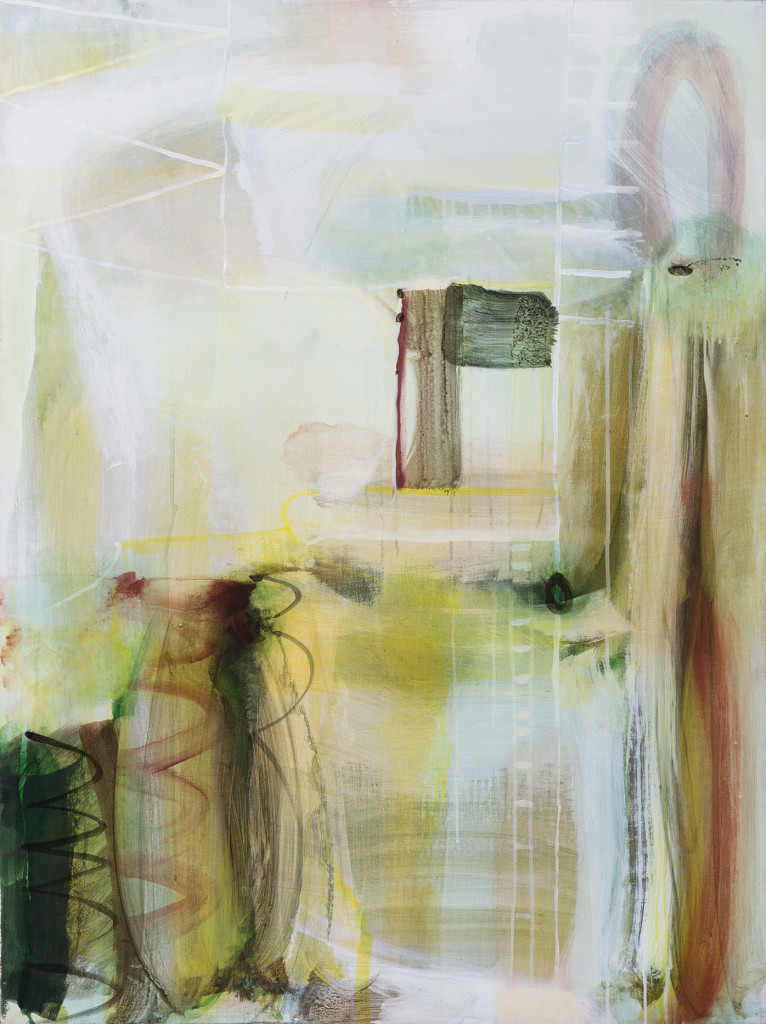 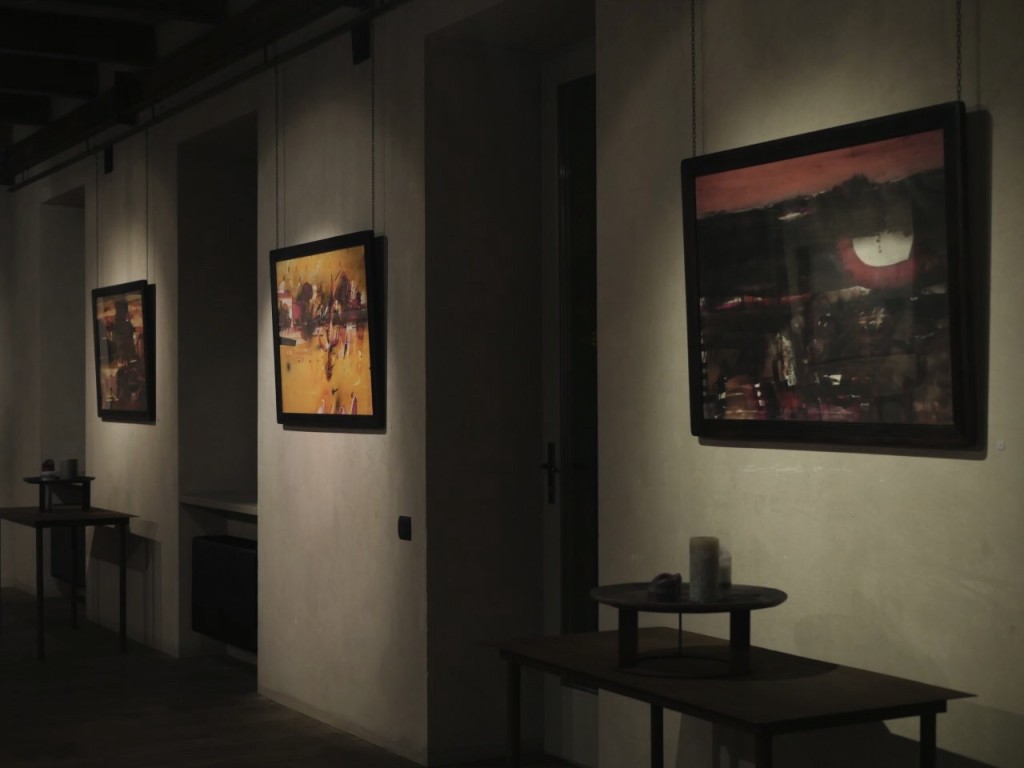 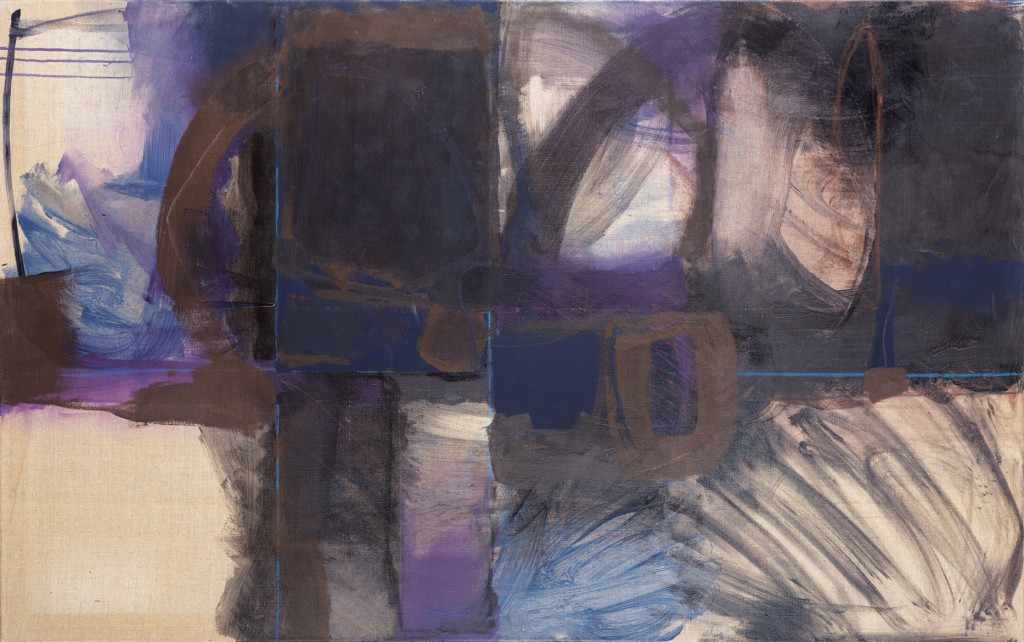 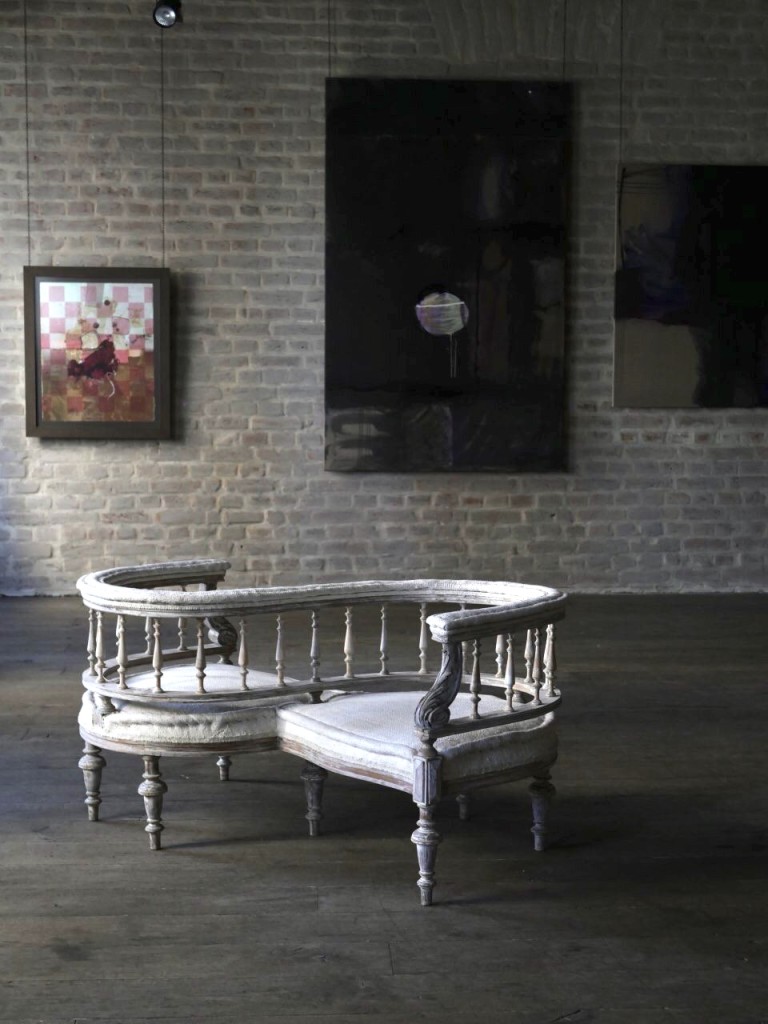 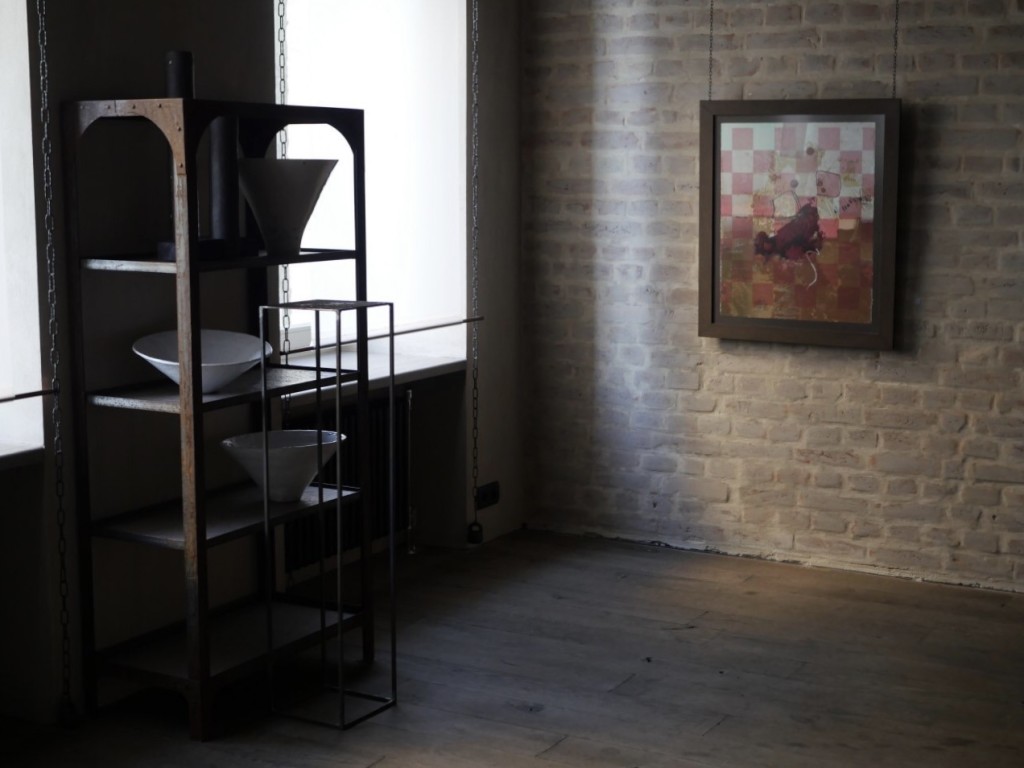 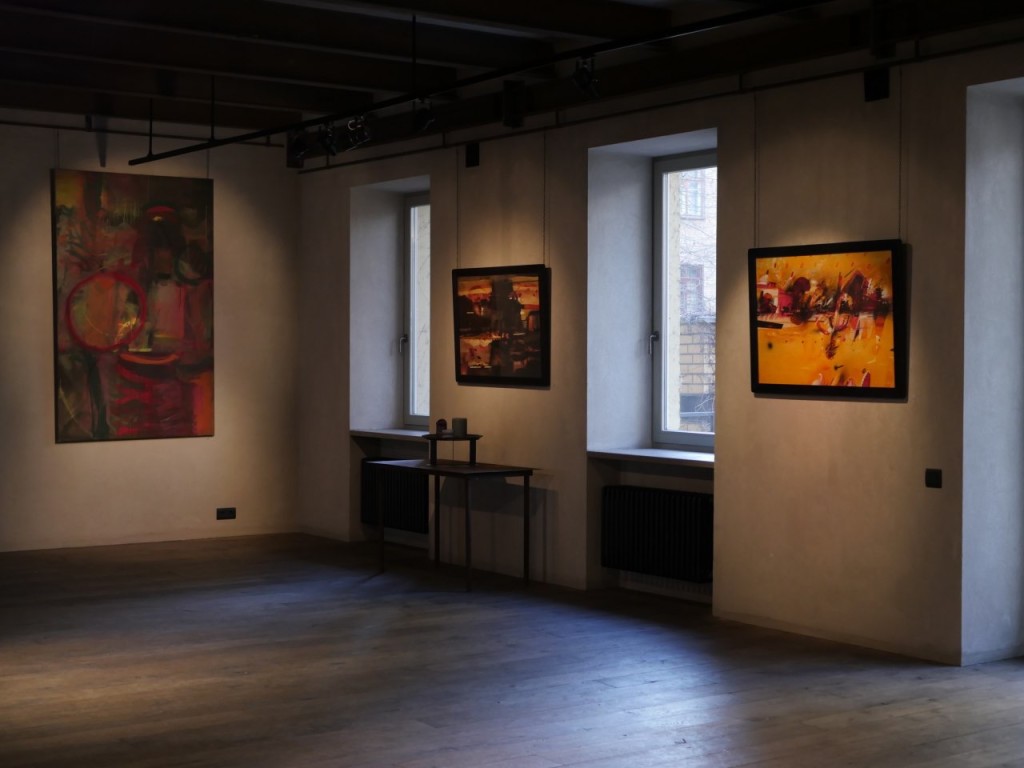 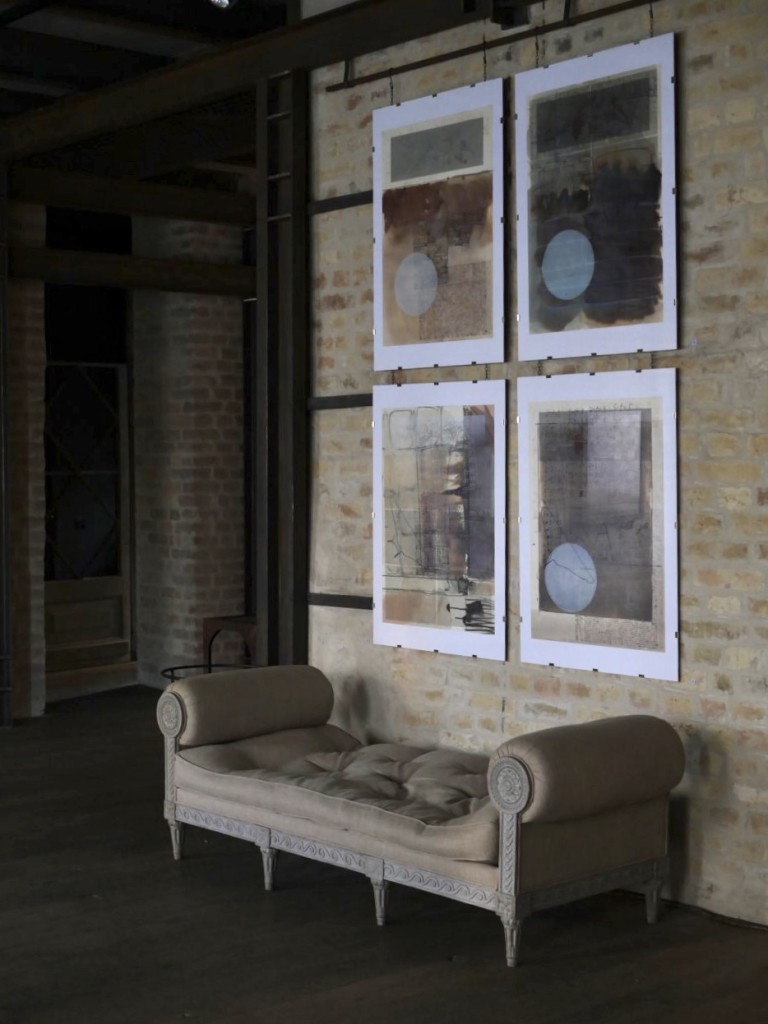