ART 14 Gallery presents an exhibition of graphics by Oleksandr Bogomaz and ceramics by Svitlana Sholomitska.

The joint exhibition of the two artists grew out of Kyiv curator Kateryna Borysenko’s concept to combine the achievements of their work in one space. The exhibition discovers the young artists’ names and highlights some new trends in the artistic life of Kyiv for the visitors.

Ceramics by Svetlana Sholomitska is special. The artist adds some intentionally created “impropriety” to the previously known things (such as vases or plates), making several layers of feelings on standard forms. In some works the emotional expression exceeds the shape accuracy, which represents the speaking function. So the asymmetrical tableware with the excess texture on the surface is created. They are the wonderful symbols of the complex balance between work and function – fantasy and everyday life. The aesthetics of non-finito, selected by the artist, encourages the viewer to plunge into the world of senses; there are uncontrolled cracks (craquelures), which emerged due to the peculiarities of ceramics processing. It is the cooperation of the author and the material that illustrates the co-creation of a design and an event, a man and nature.

Graphics by Oleksandr Bogomaz surprises with its multilayering: creation and destruction coexist there. The first layer of his work associatively appeals to modernism, which is inherent with structural thinking. Not by chance R. Kraus writes that most modernists’ favorite compositional structure is a net. Thinking and feeling are systematic in it as in the table. Everyone can remember the plaid patterns by P. Mondrian, P. Klee or facades of the twentieth century.

But Oleksandr Bogomaz creates structures in order to add another layer on top, which is destruction. But this is not a total destruction such as a work cutting or burning (which also happened to modernism, especially in post-avant-garde of the 1960s). This destruction is for the formation of new emotional meanings. Such poetics is close to the well-known (thanks to Jacques Derrida) destruction, that is the practices of the postmodern era. Thanks to this multilayering, there is the main feature for attraction of the works as they show viewers how the author is balancing on the verge of chaos and clarity, logical structure and spontaneous expressiveness. The aesthetics of non-finito plays an important role in the graphics by O. Bogomaz, which is achieved with the uncontrolled energy of a pencil movements automatism (automatic “action painting”). Thus, the works in the exhibition have a lot in common. Even though they are performed with different materials – graphics and ceramics. Both authors work at the intersection of the two elements: Creation and Destruction; the two sources: Apollonius and Dionysian. Both authors, the same unconsciously as inspiredly demonstrate the impossibility and danger of staying between the above-mentioned higher elements for a mortal human in their good mind. Therefore, they turn to non-finito aesthetics, which allows not to analyze but speak the language of emotional visual hints that is spelled out of the alphabet of chances, borrowed from the elements. 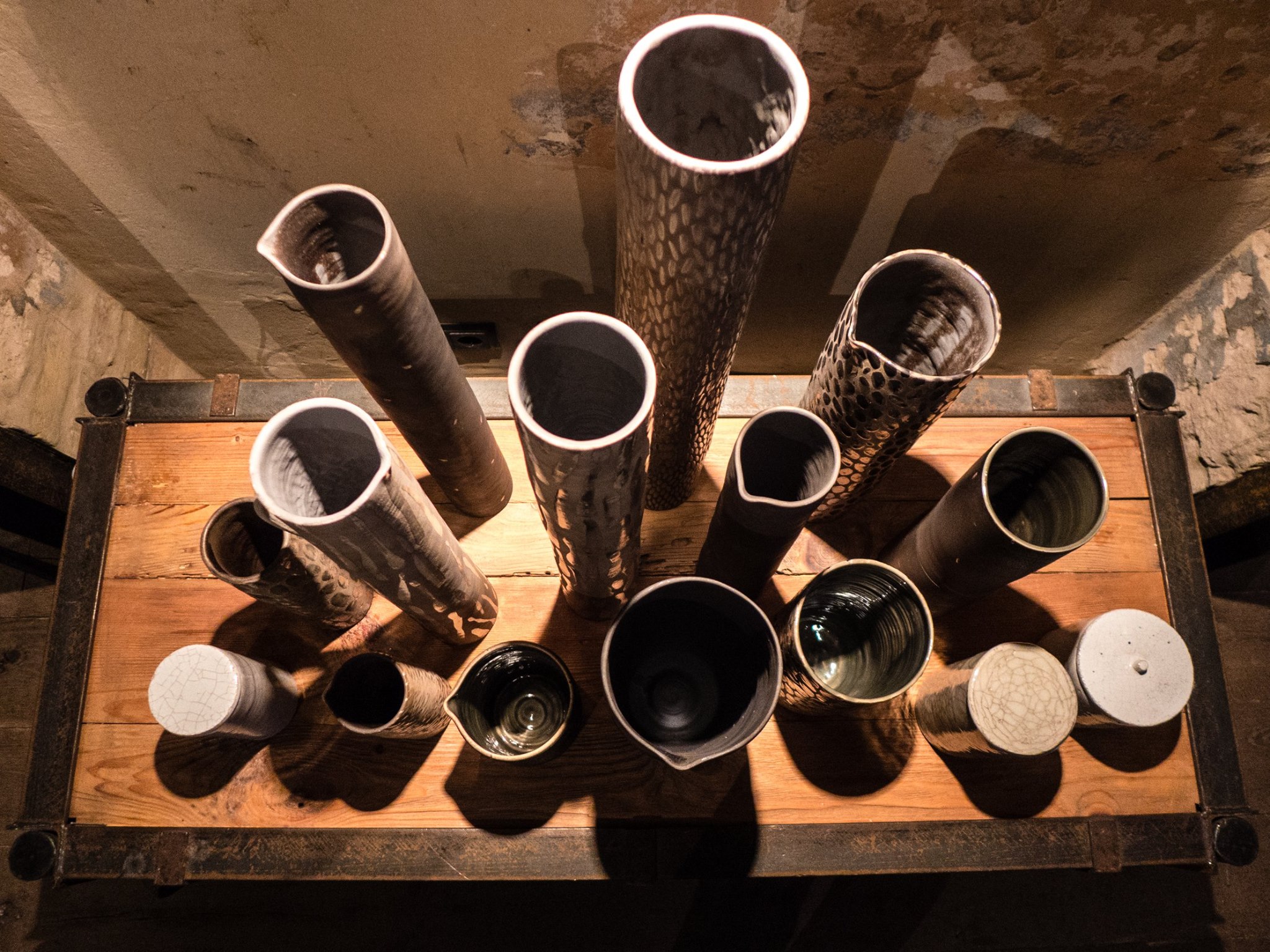 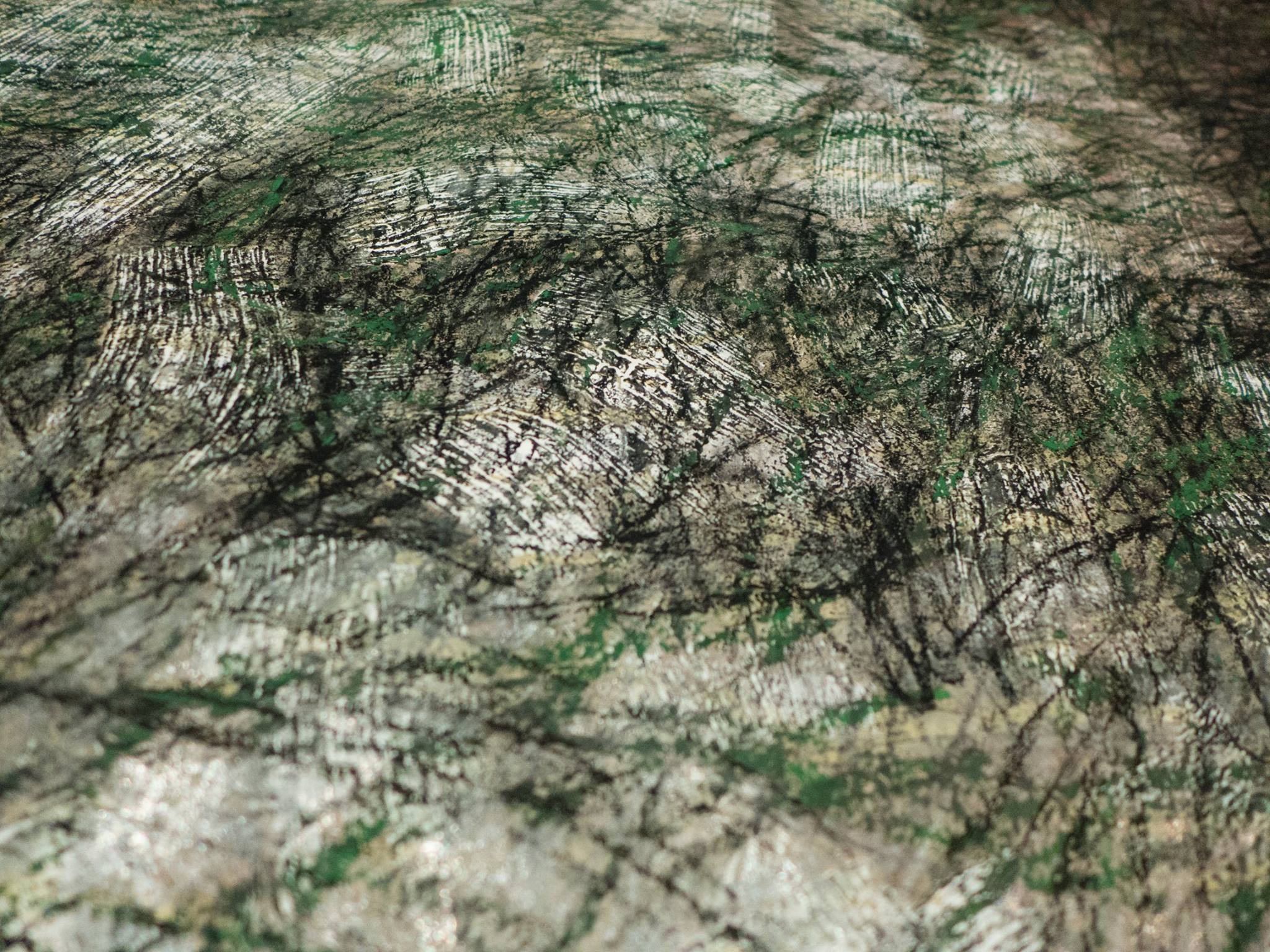 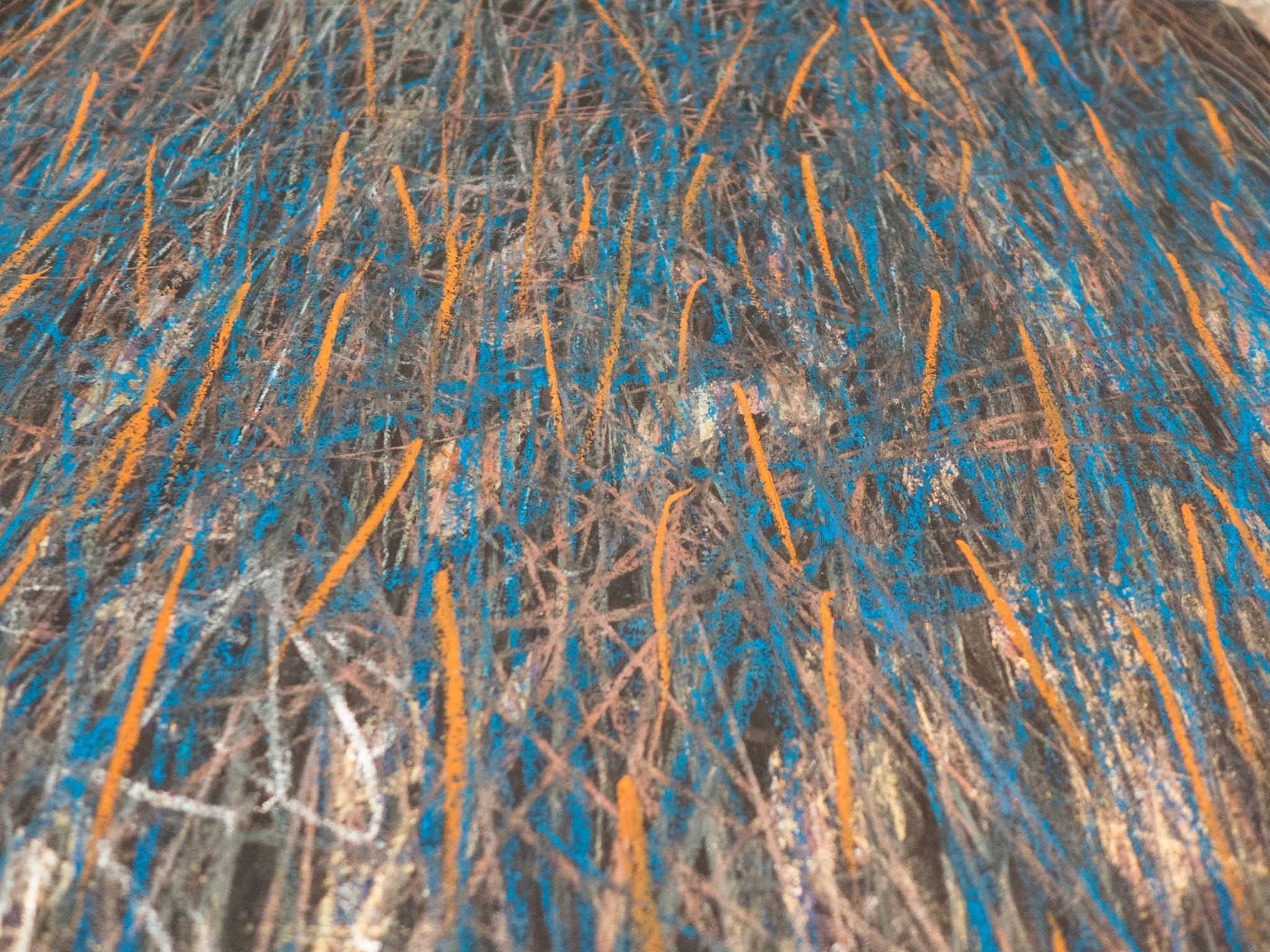 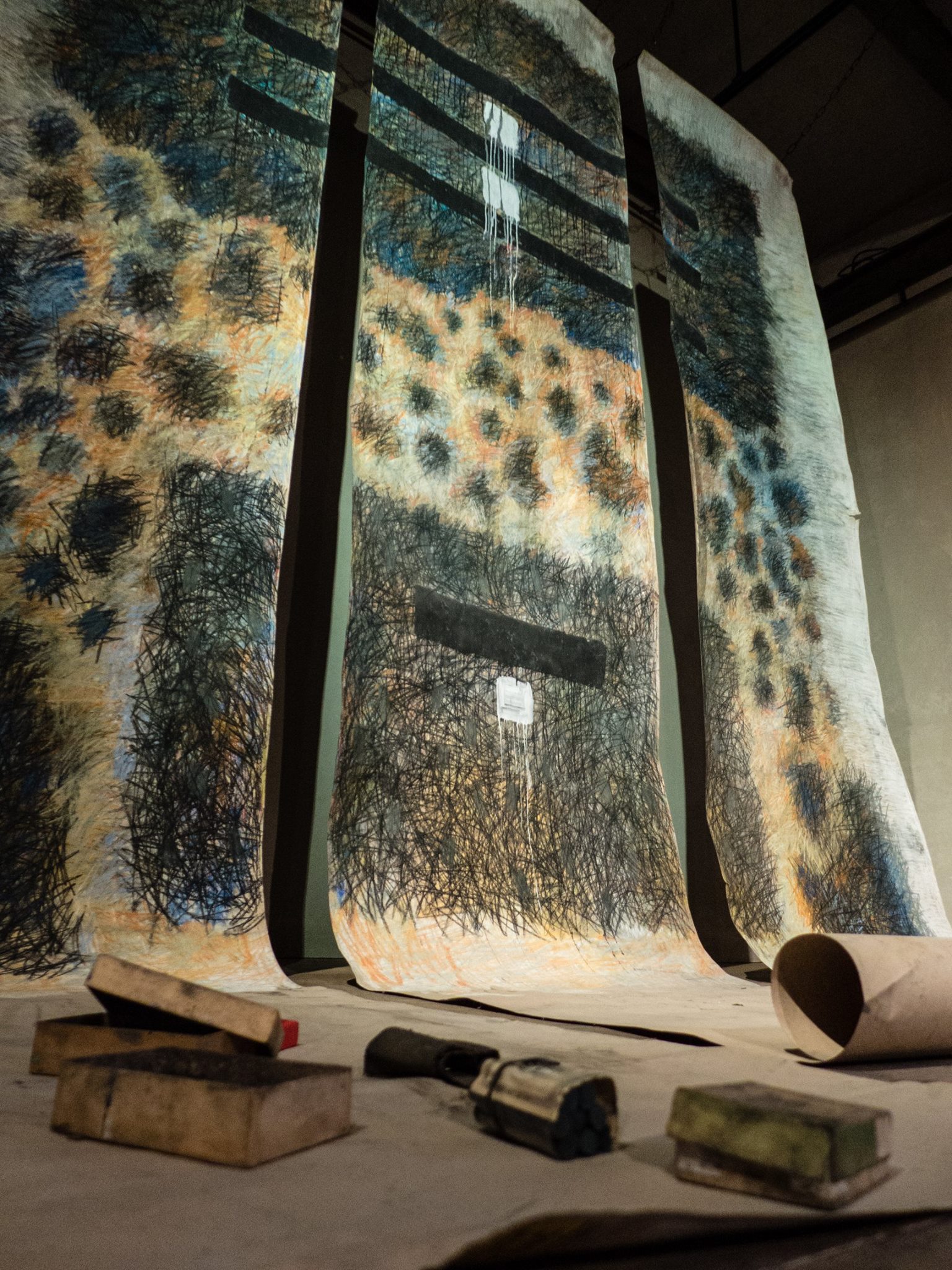 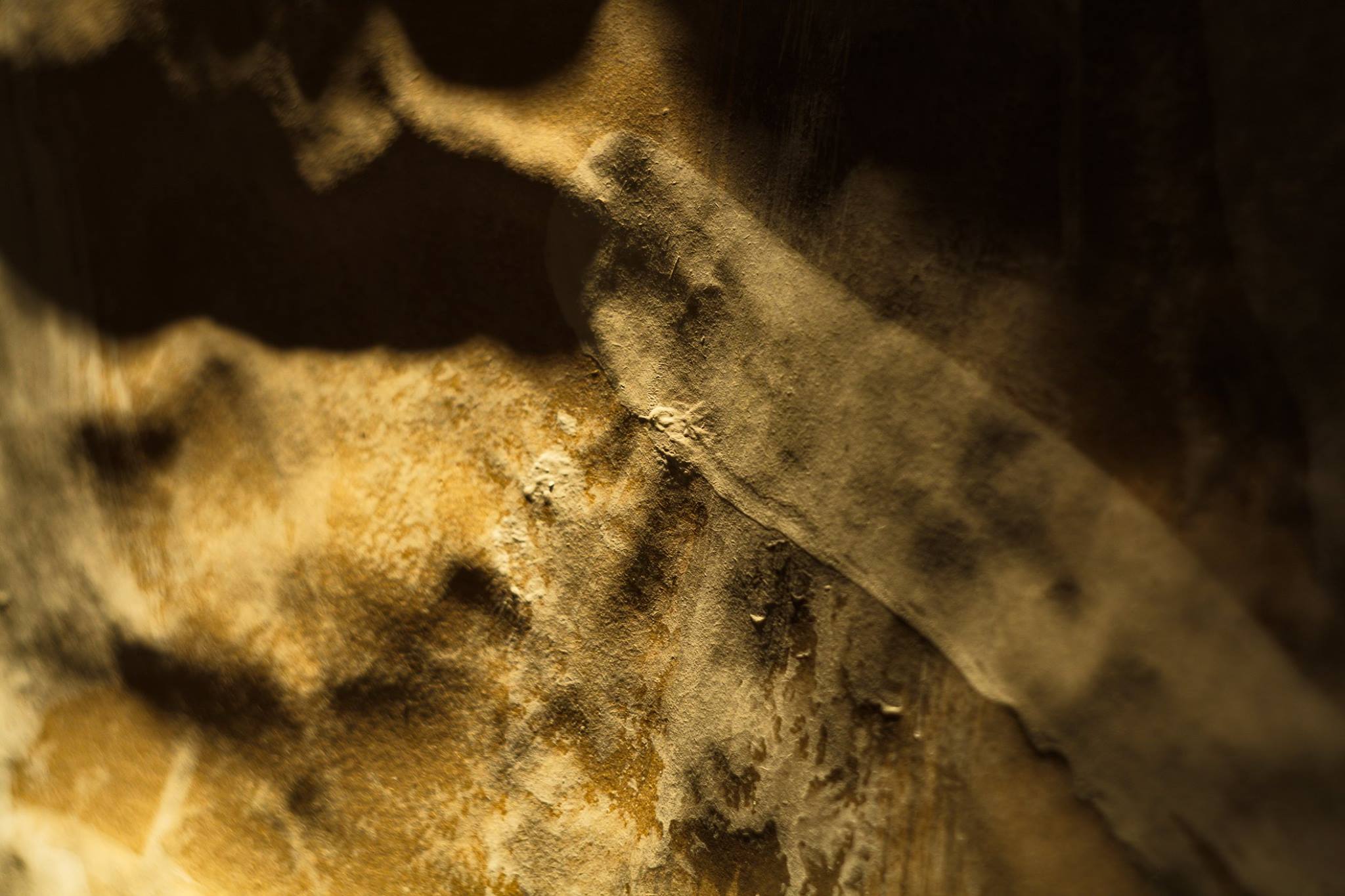 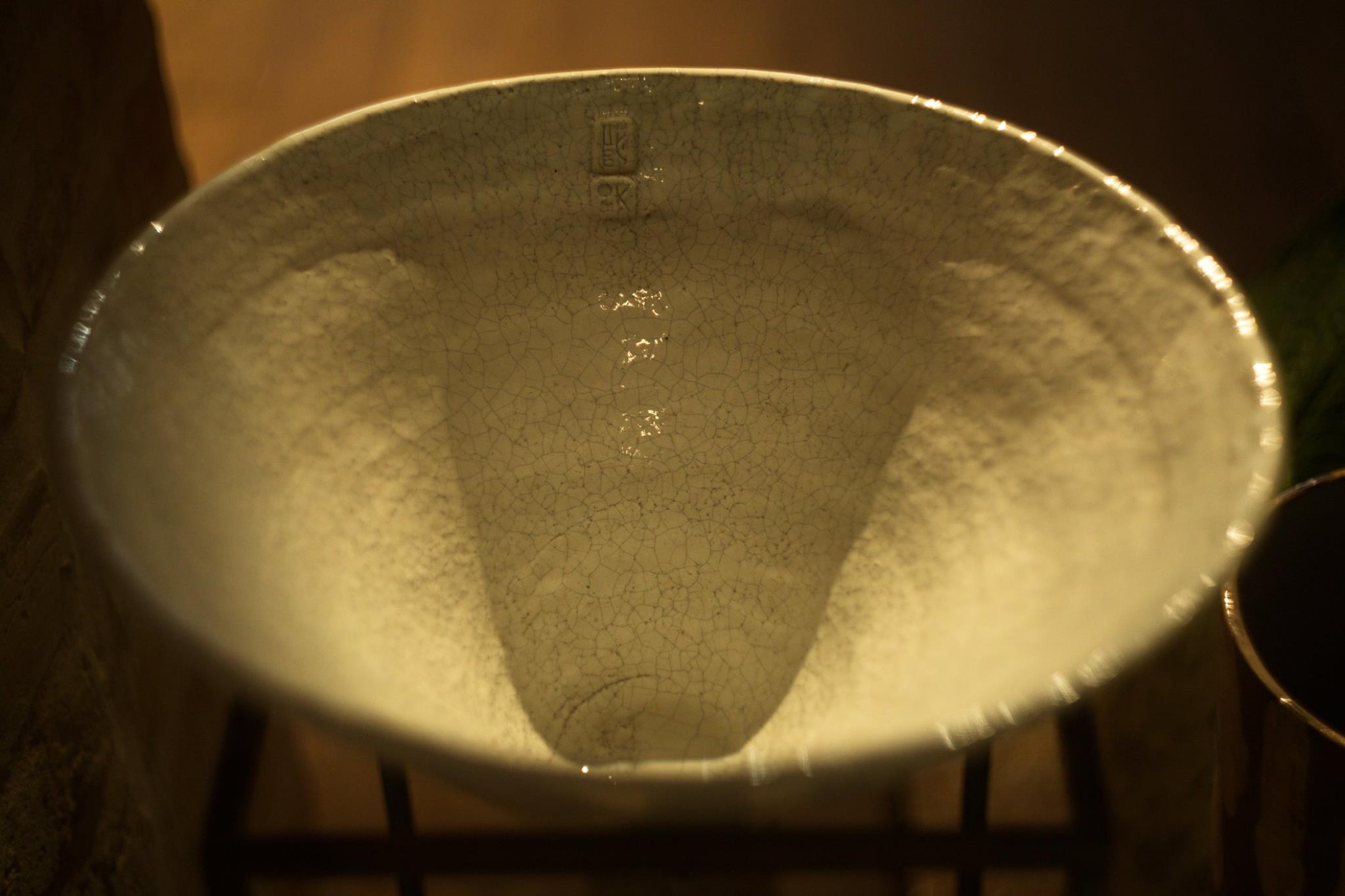 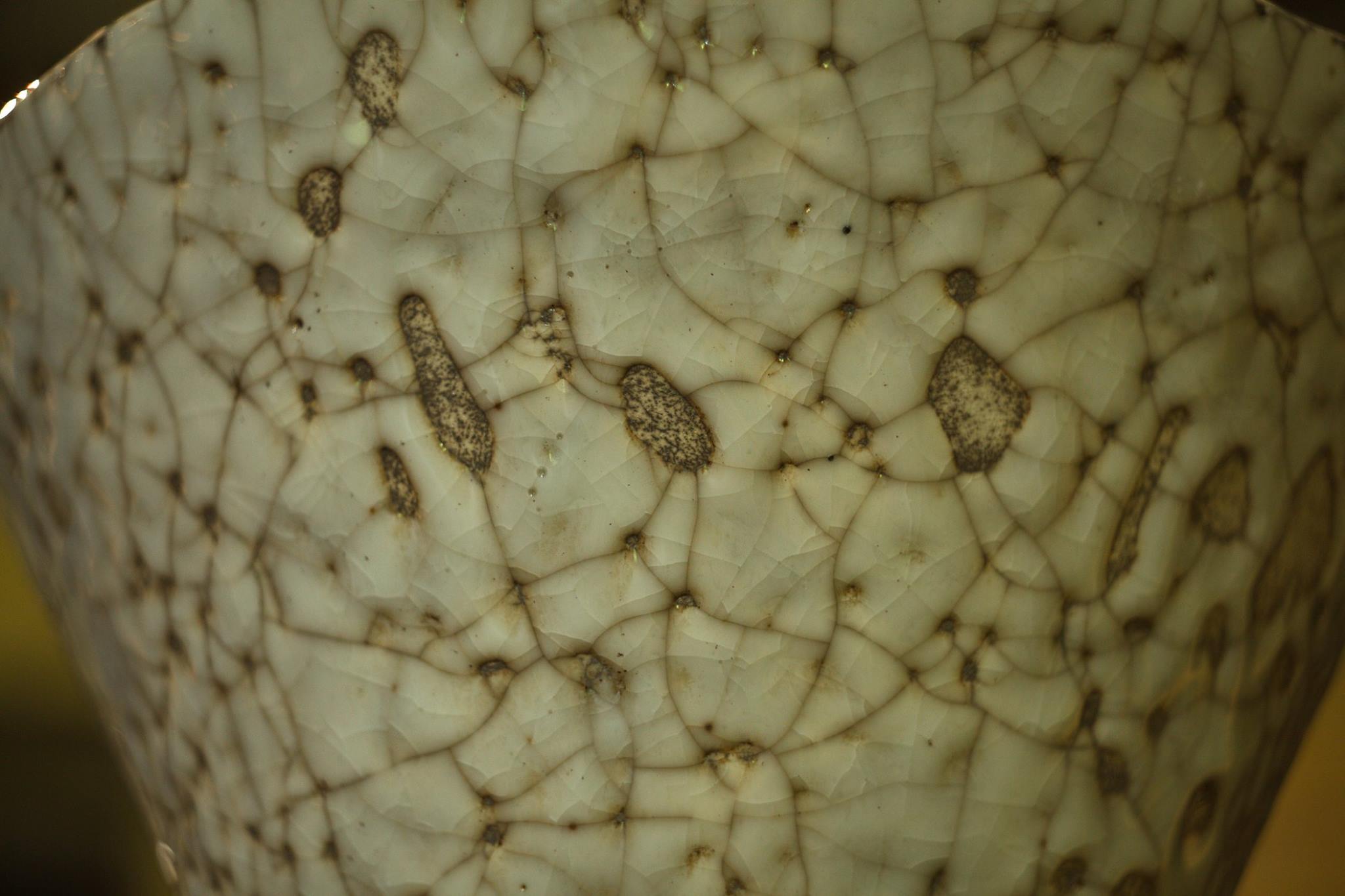 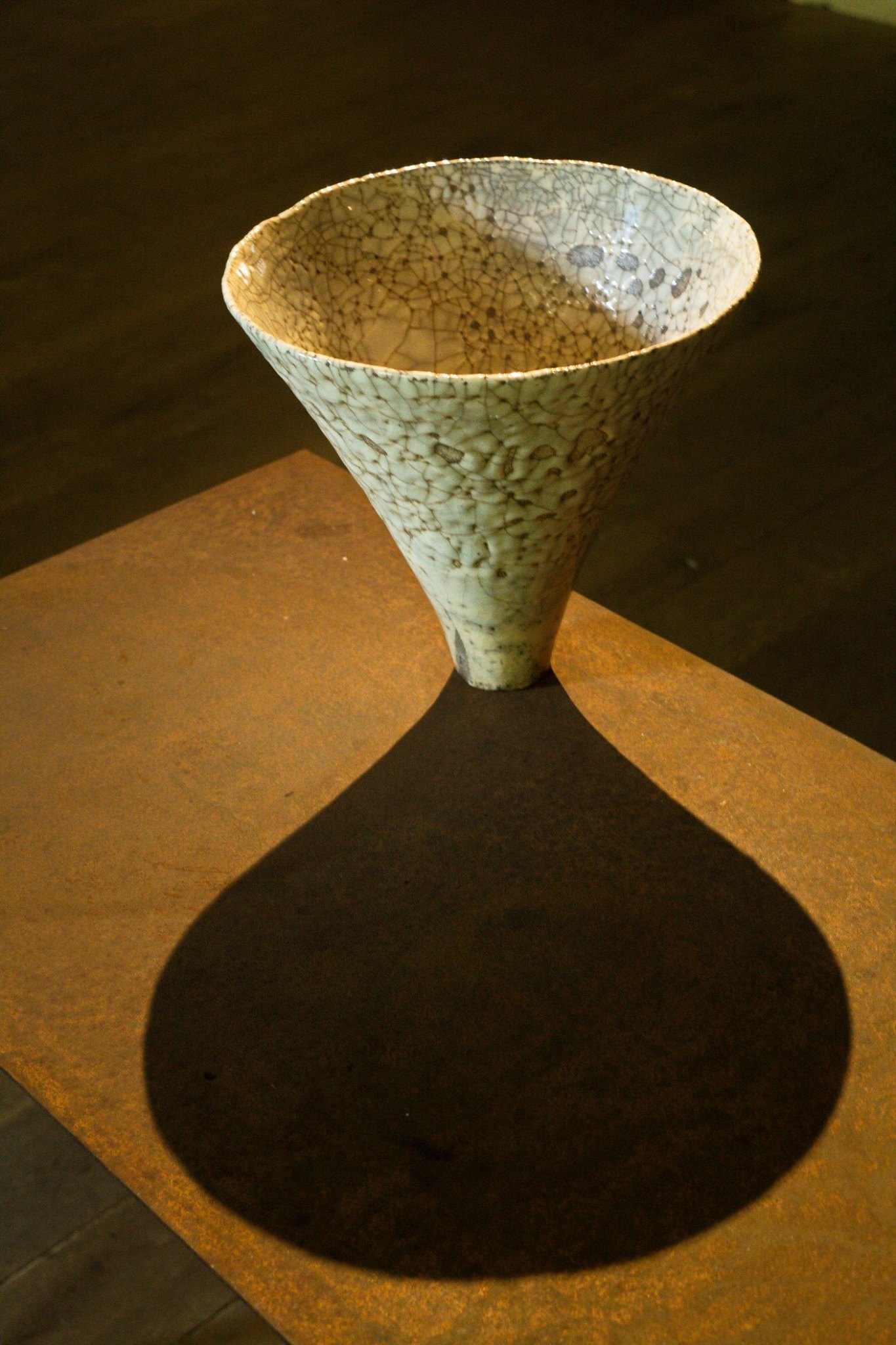 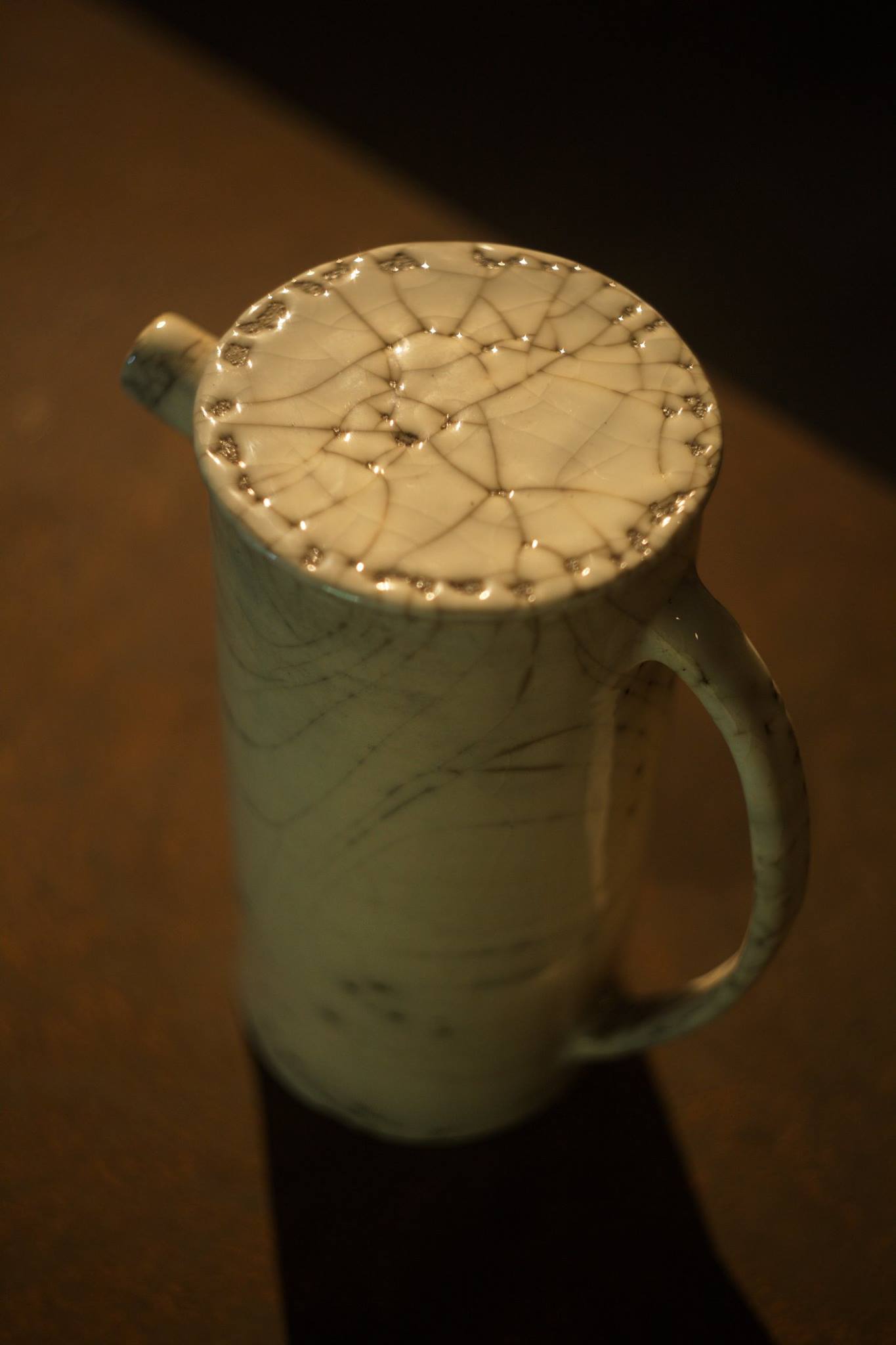 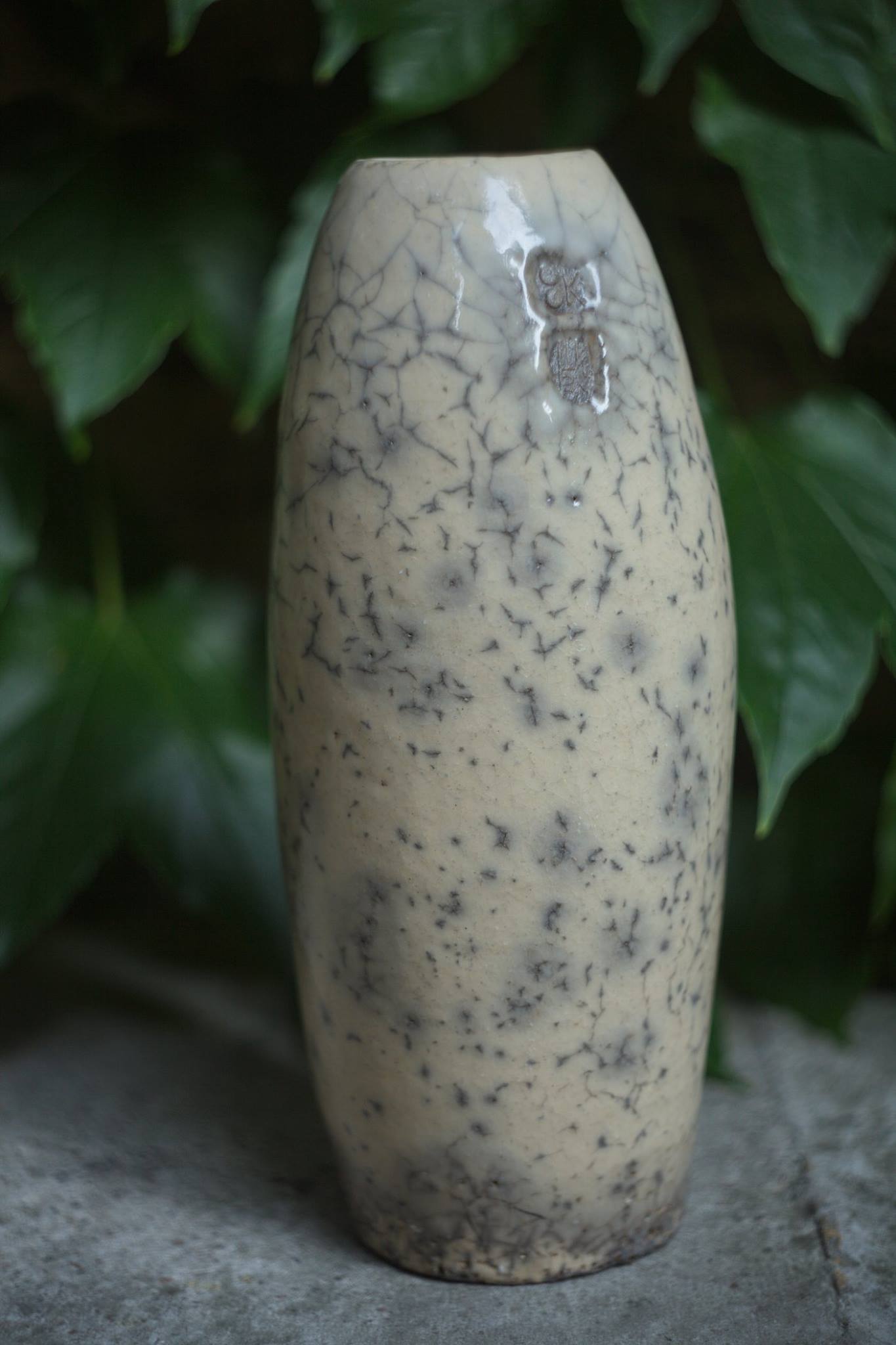 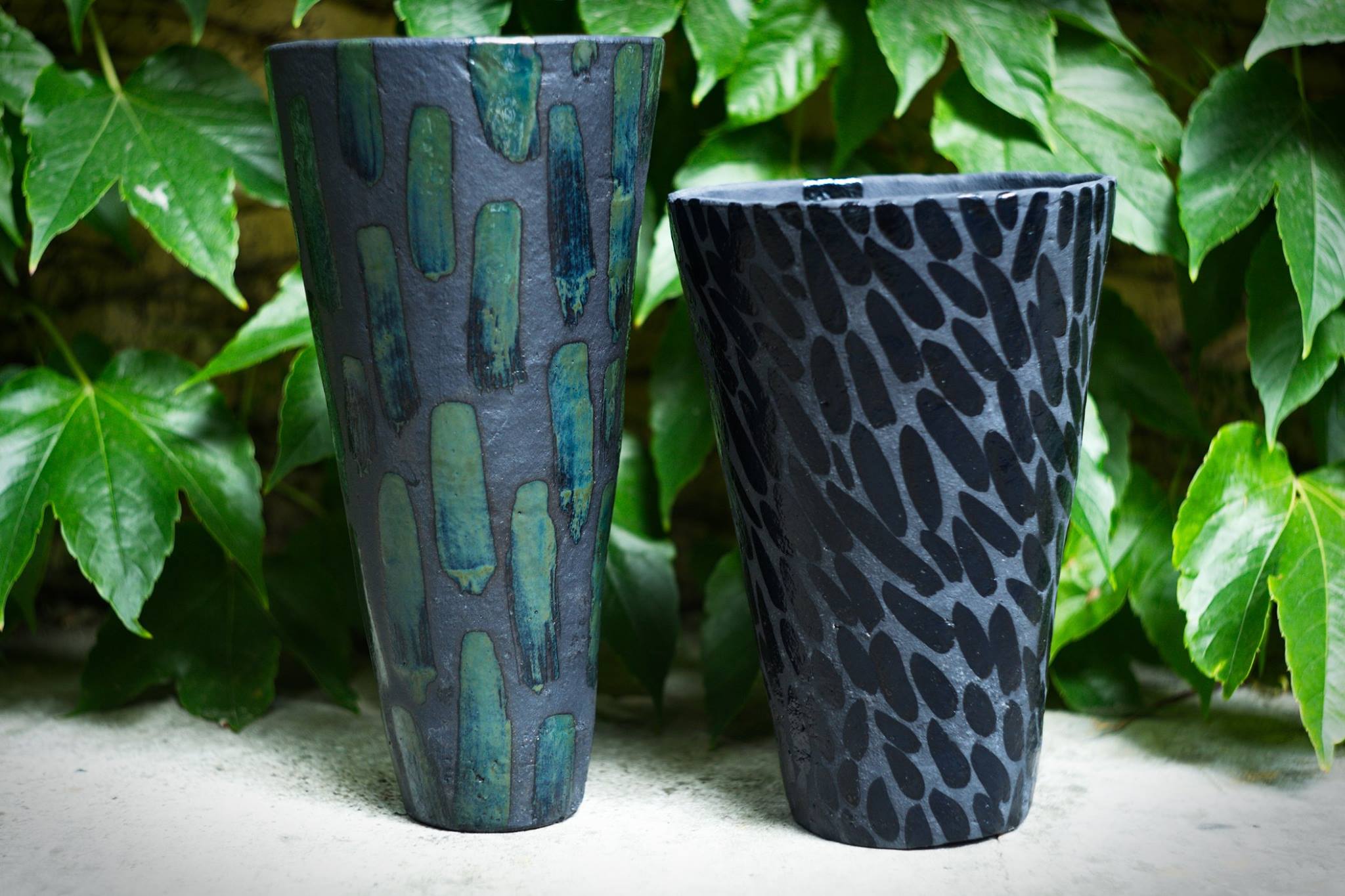